For screening and clinical management, and for clinical trials, it would be extremely useful to be able to monitor the pathological progression of Alzheimer’s disease (AD), especially during the decades preceding the onset of clinical symptoms when AD spreads silently in the brain. To date, postmortem examination remains the only tool to confirm and stage AD diagnosis. We found that a tiny brainstem nucleus, the locus ceruleus (LC), is especially vulnerable and earliest-damaged in AD. Furthermore, investigating postmortem tissue, we found evidence that in AD patients, the LC showed linear and progressive shrinkage. We will develop a histologically-validated clinical MRI [magnetic resonance imaging] template for detecting LC shrinkage. This should allow us to track AD progression on a case-by-case in individuals and permit intervention before a substantial amount of neurons have died. LC volumetry is potentially more scalable and economical than other potential AD biomarkers, and could be developed for longitudinal screening. Having such a method in place would in turn make it more feasible to identify and triage high-risk candidates for less accessible, more expensive, and more invasive studies, including PET [positron emission tomography] scans and spinal taps.

New ways of monitoring the progression of AD lesions remain elusive, and postmortem examination remains the only tool to confirm and stage AD diagnosis. Based on our findings in postmortem human brains, we are developing MRI-based biomarkers for noninvasively detecting AD-associated pathology progression in living patients. These new probes will identify brain structural damage years before clinical AD symptoms, at single patient level, using clinical 3 Tesla (3T) MRI scans, which is twice as strong as current high-strength MRI imaging and allows for exceptional clinical detail.  [Tesla (T) is the unit of measurement quantifying the strength of a magnetic field, and until now, the high-field standard was 1.5T. Integrated results from 3T MRI imaging will culminate in the Prodromal Alzheimer’s Disease Detection System, which are automated systems for accurate brain image analysis that will lay the groundwork to deploy services to non-specialized centers.

The project has three tangible and clear deliverables:

Our project innovates in many ways, including:

Our algorithm/biomarker will enable longitudinal, sensitive, clinical MRI measurements to track individuals' neuropathological progression. This could ultimately allow detection of AD at much earlier stages and permit intervention before neurons in affected brain regions have become irretrievably damaged. Our proposed biomarker is anticipated to be highly sensitive and will provide a scalable, highly cost-effective, and widely accessible screening tool because MRI equipment is widely available and its cost continues to drop. Results will guide clinical decisions, and narrow down the subject population requiring more expensive PET scans and invasive spinal tap. Also, early diagnosis provided by our biomarker will translate into early intervention and lower care-associated costs. 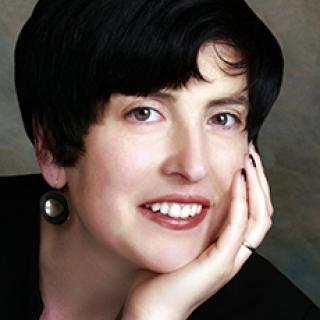