BrightFocus Foundation, a Maryland nonprofit, has announced the awarding of research grants to three scientists at Johns Hopkins University. The grantees’ research topics reflect the three diseases of aging that the foundation is working to end:  Alzheimer’s, glaucoma, and macular degeneration. 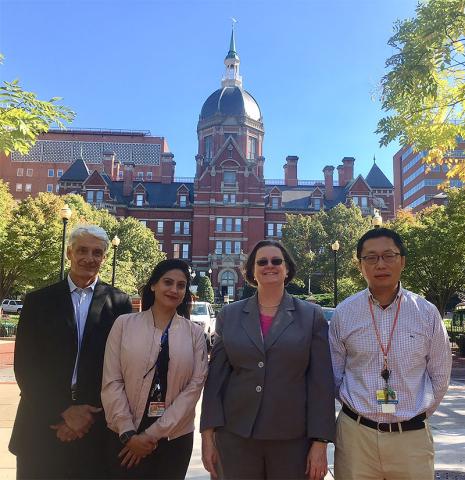 Since 1983, BrightFocus has awarded research grants to 57 Johns Hopkins scientists, for a total of more than $6.8 million in funding.

“BrightFocus has a record going back decades of funding outstanding Johns Hopkins scientists like Drs. Chhabra, Zhou, and Paulaitis,” says Diane Bovenkamp, PhD, BrightFocus Vice President, Scientific Affairs. “We are proud to help support these and other top researchers pursuing game-changing ideas on prevention, treatment, and cures of Alzheimer’s, glaucoma, and macular degeneration.”

BrightFocus  recently announced $13.3 million in new grants in the fight against the devastating conditions we all fear most: loss of sight and loss of mind.  The current BrightFocus portfolio of 177 projects spans the globe and is guided by world-class scientific review committees.