As a retinal physician, Dr. Handa (co-principal investigator on this project) has witnessed the detrimental impact of vision loss on patients with age-related macular degeneration (AMD). The decrease in quality of life from early AMD is similar to that caused by HIV, and with advanced AMD, similar to that of metastatic prostate cancer with uncontrollable pain. Due to visual changes in early AMD, patients have as much anxiety from the threat of losing vision as they do from actually being blind, in part, because there is no treatment to halt or restore vision in AMD. The novel concepts put forth in this study, of investigating small molecules called microRNAs to see what they can tell us about mitochondria disorders in cells of the retina, hold great promise of providing new insights into how AMD develops, after which new treatments can be designed to save or improve vision.

The degeneration of retinal pigment epithelial (RPE) cells as a consequence of impaired mitochondria has emerged as a key feature of early-stage age-related macular degeneration (AMD).  Despite 20/20 vision, AMD patients have compromised vision due to reduced retinal sensitivity in areas of RPE cell degeneration that are discrete early and enlarge with AMD progression. Thus, if mitochondria impairment leading to RPE cell degeneration can be predicted and confined early on, then AMD can be halted or reversed before degeneration spreads. Our overall goal is to test the novel concept that a recently discovered class of small non-coding RNAs, so-called microRNAs, which are encapsulated in nanometer-sized vesicles secreted by RPE cells, can predict the status of mitochondrial function in these cells and influence mitochondrial function in neighboring RPE cells through vesicle-mediated intercellular transfer of the microRNAs. The insights we expect to gain from this study of mitochondria dysfunction and microRNAs, and what they tell us about how some RPE cells become diseased while neighboring cells are either resistant or susceptible to disease, hold promise of becoming the basis for entirely new therapies for individuals suffering from AMD, built upon nucleic acid-based treatments aimed at rejuvenating RPE cell mitochondria.

To this end, our laboratory is applying advances in RNA sequencing, coupled with techniques we have developed for isolating and characterizing nanometer-sized vesicles, to obtain the profile of microRNAs in vesicles secreted by healthy RPE cells. We intend to quantify how this profile changes in response to mitochondrial injuries, and are also measuring the uptake of vesicles secreted by RPE cells with impaired mitochondria into healthy RPE cells, as well as the re-programming of mitochondria function in the healthy RPE cells by the microRNA contained in these vesicles. With the microRNA signatures of mitochondrial function and dysfunction in RPE cells in hand, combined with a detailed mechanistic understanding of how these microRNAs are transferred from cell to cell, we can use small interfering RNAs to target specific microRNAs and block their adverse effects on mitochondria function and their transfer to other RPE cells. We also can transfect RPE cells with specific microRNA that we know will protect or enhance RPE cell mitochondrial function, possibly using RPE cell-secreted vesicles to deliver this therapy.

We expect the results of our study, made possible by support from the BrightFocus Foundation, to clearly demonstrate the clinical significance of microRNAs, which have been largely unstudied in AMD, as biomarkers of disease onset and progression, and as potential targets for nucleic acid-based therapies. We further expect our results to show that RPE cell-secreted vesicles are essential for cell-to-cell communication connected to spreading RPE degeneration in AMD, and therefore, potential therapeutic targets to halt vision loss in AMD. 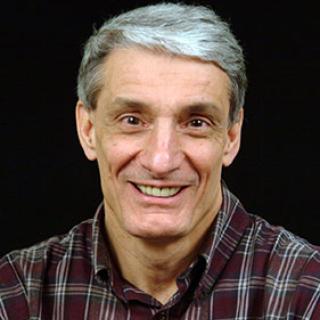