A groundbreaking study is providing a more complete understanding of how Alzheimer’s disease worsens in the brain, helping to unite what had been two separate schools of thought on the causes of Alzheimer’s, and accelerating future research into effective treatments and cure.

The research was published in a major scientific journal (Shi et al, Nature, 2017) and led by David Holtzman, MD, chairman of neurology at the Washington University in St. Louis (WUSTL) School of Medicine. Dr. Holtzman chairs the BrightFocus Alzheimer’s Disease Research (ADR) Scientific Review Committee. As a neuroscientist, he has focused on the apolipoprotein E (ApoE) gene and particularly its ε4 allele, or variant, which is the strongest genetic risk factor for non-inherited forms of both early and late-onset Alzheimer’s.

ApoE has three alleles, or common variations, that are found in the population. Having the ε4 allele (ApoE4) makes a person up to four times more likely to develop Alzheimer’s, although additional factors, such as other gene variants, underlying health risks, and lifestyle differences, can alter the odds. ApoE4 carriers represent 15 percent of the general population, yet make up 40 percent of all people with Alzheimer’s. 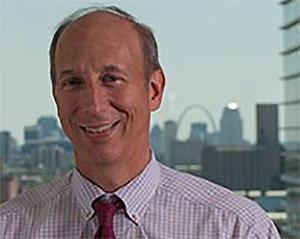 Previously, it was thought that amyloid beta (Aβ), and not tau, interacted with ApoE4 to magnify Alzheimer’s risk in affected individuals. However, the new work by Holtzman et al provides dramatic evidence that tau also interacts with ApoE4 to damage the Alzheimer’s brain.

To reach these conclusions, the investigators cross-bred mice genetically engineered to produce tau with mice expressing one of ApoE’s three variants: ε2, ε3, and ε4. All the mice developed tau tangles and neurodegeneration, with the most profound effects seen in the ε4 mice.

When researchers crossed the tau mice with mice in which ApoE had been disabled, there was little or no neuronal death. The team also carried out “dish” experiments in which neurons containing human tau were exposed to immune cells from mouse brains. The result was an inflammatory response that killed neurons.
The discovery that ApoE4 activates immune factors in tau, leading to inflammation and neuron death, amounts to “a brand-new mechanism” explaining Alzheimer's and other tauopathies, Dr. Holtzman told Science magazine. Recent evidence that tau tangles may be capable of “seeding” other brain tissue, and spreading neurodegeneration, motivated him to design the experiments.

This new understanding of factors that drive Alzheimer’s risk should help resolve a split in the scientific community about whether the origin and spread of Alzheimer’s disease lie solely with Aβ or tau, and convince more scientists that the answer lies with both. BrightFocus’ ADR program is agnostic on the question, supporting investigator-initiated research proposals from scientists across many disciplines and nations.

While Holtzman and many others still believe that Aβ accumulation triggers Alzheimer’s earliest onset, they now have clear evidence that tau exaggerates the damage. As a result, momentum is likely to build for research into cures that stop or treat the deadly combination of pathogenic tau and ApoE4.

Commenting on the study, Robert Vassar, PhD, of Northwestern University, a widely recognized authority on Alzheimer’s research, called it “seminal” and one that is likely to have “profound clinical implications.”

BrightFocus did not fund Dr. Holtzman for this study, which was supported by the National Institutes of Aging (NIA) and of Neurological Disease and Stroke (NINDS), but in the past has funded related research by principal investigators (PIs) who Dr. Holtzman has mentored, as well as Dr. Holtzman’s own earlier investigation into ApoE as co-PI on a $1 million BrightFocus ADR Centennial grant to Bradly Hyman, MD, PhD (Harvard). Another co-PI on that Centennial grant, Ben Barres, MD, PhD (Stanford), joined Dr. Holtzman as a coauthor on the Nature publication. 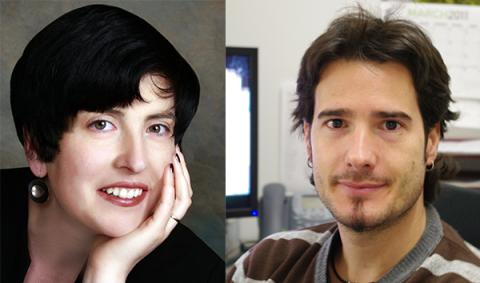