This article provides answers to important questions regarding the relationship between glaucoma and cataracts, and discusses treatment options if you have both conditions.

Glaucoma and cataracts are two eye conditions that occur more frequently as we get older. A cataract is a clouding of the lens of the eye, which eventually causes impairment of normal daily activities such as driving. Cataracts are also the leading cause of blindness worldwide, but the condition is reversible, with a frequently performed surgery called cataract extraction. Glaucoma, which is actually a group of diseases, is a leading cause of irreversible blindness worldwide. In glaucoma, the neurons that compose the optic nerve are damaged, and treatment at this time consists of lowering eye pressure through medications, laser, or surgery.

View a Video on Cataracts

Do Cataracts Cause Glaucoma?

Cataracts do not cause glaucoma per se, although there are certain rare forms (outside the scope of this discussion) in which the cataract is the causative factor of elevated eye pressure and damage to the optic nerve.

More commonly, a cataract can contribute to primary-angle closure, in which the eye’s drainage angle is more narrow than usual. Generally, the angle can be thought of as the angle between the iris and the cornea (see medical illustration below). 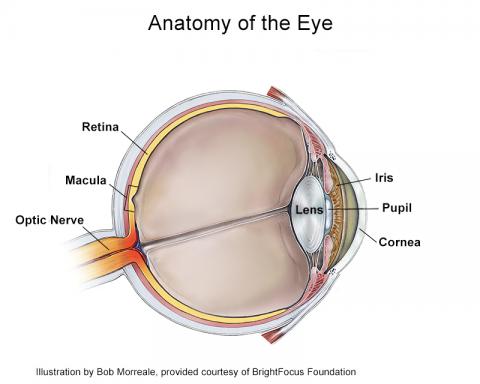 Cataracts can play a role because as the lens becomes a cataract, it becomes cloudy and thickens, and the drainage angle can further narrow. Therefore, the EAGLE study demonstrated that for some patients with primary angle closure and primary angle closure glaucoma, it may make sense to remove the cataract as part of a treatment plan for glaucoma. Additionally, we now have strong evidence to suggest that cataract removal by itself in open-angle glaucoma can also lower eye pressure by a few points.

Does Glaucoma Cause Cataracts?

Glaucoma itself does not cause cataracts, although there are certain situations in which cataracts are exacerbated by treatments for glaucoma. For example, glaucoma surgeries such as trabeculectomy or glaucoma drainage devices such as tube shunts, are known to modestly accelerate the rate of cataract formation. Sometimes the same situation that leads to glaucoma can result in cataracts. For example, topical steroids used to treat inflammatory conditions can result in steroid-induced glaucoma and steroid-induced cataract formation.

Can Cataracts and Glaucoma be Treated at the Same Time?

Trabeculectomy and tube shunt surgeries can be performed at the same time as cataract surgery, or as a standalone surgery. This is usually determined based on the patient’s situation and the surgeon’s preference, although in the case of trabeculectomy, success rates are generally improved by performing the surgery separately from cataract surgery.

Newer, minimally-invasive glaucoma surgeries (MIGS), are approved for use in conjunction with cataract surgery. One advantage of these MIGS is that they can be performed through the same small incision as the cataract surgery, and they generally entail less risk than trabeculectomy and tube shunt surgeries. The disadvantage is that, in general, the MIGS do not lower the eye pressure as much as trabeculectomy or glaucoma drainage device surgeries.

No matter what treatment choices are made, it is important to remember that glaucoma surgery should be prioritized if your glaucoma is not in good control with medications and laser. Cataract surgery is elective, and there is usually no harm in delaying the surgery.

One situation in which delaying a treatment is less advised is in patients with pseudoexfoliation syndrome and cataracts. In this syndrome, the cables (zonules) holding the lens in place are weak, thereby increasing the risks of cataract surgery. Thus it is sometimes advised to avoid delaying cataract surgery, as the lens becomes denser and more difficult to remove over time.

Yvonne Ou, MD, is a board certified ophthalmologist who specializes in glaucoma, including medical, laser and surgical therapies; cataract evaluation and treatment including combined cataract and glaucoma surgery; glaucoma filtering and implant surgery; and newer procedures.