BrightFocus Grantee Honored for Amyloid Imaging in the Human Brain 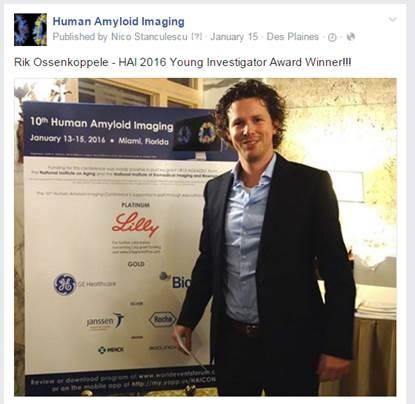 Last year also was a  big one for Ossenkoppele. In May, he published two articles in JAMA Neurology on his BrightFocus-funded research. Both studies received international attention because they help confirm that Aβ peptide levels start to build up and aggregate long before Alzheimer’s symptoms develop, and are predictive of disease. Read the story and a Q/A with Ossenkoppele on the BrightFocus website: “Big Data Confirm Amyloid’s Role in Early Alzheimer’s.”