Skip to main content
Back to Researching a Cure

Three of our scientists particularly exemplify the level of discovery and dedication that the BrightFocus Foundation is proud to support.

Paul Greengard, PhD, was the Vincent Astor Professor in the Department of Molecular and Cellular Neuroscience at The Rockefeller University in New York,  and was awarded the 2000 Nobel Prize in Physiology or Medicine for his scientific contributions to the understanding of “signal transduction in the nervous system.” He shared this prestigious award with Arvid Carlsson, M.D., Ph.D., Department of Pharmacology, Göteborg University, Gothenburg, Sweden, and Eric R. Kandel, M.D., Center for Neurobiology and Behavior, Columbia University, New York. In particular, Dr. Greengard was recognized for his work demonstrating how neurotransmitters act on nerve cells to activate a central protein called DARPP-32. BrightFocus Foundation awarded Dr. Greengard a grant through its Alzheimer's Disease Research program to study DARPP-32. This early funding support helped to initiate a series of milestone experiments. 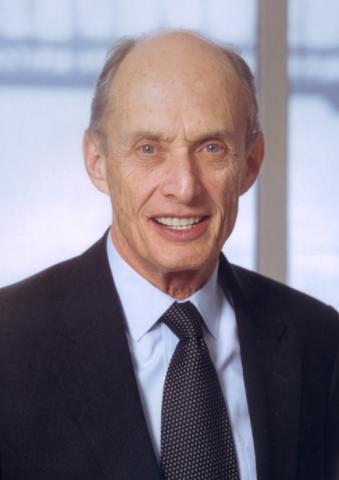 “My scientific interests have ranged from basic neural explorations to the development of therapeutic agents for the treatment of neurological and psychiatric diseases such as Alzheimer's,” said Dr. Greengard, who was a member of the National Academy of Sciences and the American Academy of Arts and Sciences. “Support from BrightFocus was invaluable to my research and the work of my colleagues. Funding from BrightFocus provided a necessary bridge between a novel research idea and the preliminary results necessary to obtain prolonged government support for the development of new treatments and therapies.”

Dr. Greengard's groundbreaking, and eventually Nobel Prize-winning, research demonstrated that a chemical “chain reaction” sequentially “turns on” a series of proteins by a process called phosphorylation when nerve transmitters (like dopamine and noradrenaline) arrive at their intended destinations. The role of DARPP-32 appears to extend beyond the dopamine signaling system, providing an essential signaling role within many regions of the brain. Dr. Greengard's work helped to clarify many parts of this signaling machinery and thus identified new targets for the development of drugs to treat several major brain disorders.

In Alzheimer's disease, this chemical “chain reaction” becomes disturbed in memory-forming parts of the brain, contributing to development of the disease. Dr. Greengard's lab demonstrated that protein phosphorylation mechanisms (and the reverse process, called dephosphorylation) control the amounts of conversion of amyloid precursor protein (APP) into the nontoxic soluble form of APP and the toxic amyloid-beta (ABeta). ABeta is a hallmark of Alzheimer's disease. The amount of toxic ABeta produced by nerve cells can be reduced by activators of the cell's phosphorylation mechanisms (kinases) as well as inhibitors of various molecules that dephosphorylate proteins (phosphatases). Work is now under way in Dr. Greengard's lab to determine the identity of the kinases or phosphatases in the nerve transmitter pathways that are responsible for the regulation of APP breakdown and the formation of ABeta.

Dr. Greengard's productive career delivered highly regarded studies of potential prevention and treatment strategies for Alzheimer's and other neurodegenerative diseases. He reported in the September 2010 issue of Nature the discovery that a protein called gamma secretase activating protein (GSAP) “tells” the “gamma secretase” protein to make toxic ABeta. His research group found that a mouse that had been induced to exhibit symptoms of Alzheimer's disease could be genetically engineered to block the GSAP gene. This blockage resulted in reduced production of ABeta, preventing Alzheimer's symptoms. Perhaps the most exciting discovery in this study was that a cancer drug, Gleevec, also blocks GSAP. However, Gleevec is unlikely to become a useful therapeutic without some modifications. Since Gleevec, by itself, is rapidly cleared from the brain, it is unlikely to stay in the brain long enough to exert such protective effects. Nonetheless, researchers like Dr. Greengard believe that it should be possible to create Gleevec-like drugs that stay in the brain. 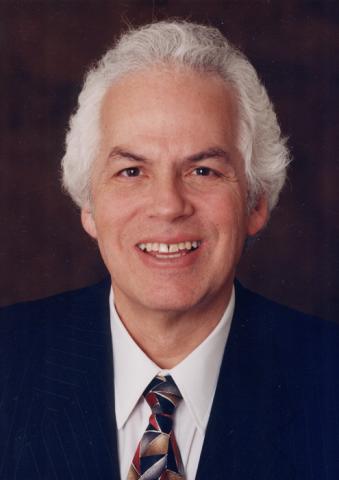 Stanley Prusiner, MD, a neurobiologist at the University of California at San Francisco, was awarded the 1997 Nobel Prize in Physiology or Medicine for his groundbreaking discovery and definition of a new class of disease-causing agents called prions. The Nobel Prize is the most prestigious award given for research in physiology or medicine.

Dr. Prusiner's award is the culmination of 25 years of sometimes controversial research on the prion, a natural human protein that, under certain conditions, can interact with other prion proteins, ultimately forming harmful deposits in the brain. BrightFocus Foundation awarded nearly $1.5 million in research grants through its Alzheimer's Disease Research program to Dr. Prusiner to develop his prion theory as a model for Alzheimer's disease.

Prions have been implicated in dementia-causing diseases such as mad cow disease and scrapie in animals, and Creutzfeldt-Jakob Disease (CJD) and Gerstmann-Straussler-Scheinker syndrome (GSS) in humans. Bacteria, viruses and parasites and infectious agents, whose ability to grow and reproduce is governed by genetic material made up of RNA and DNA. Prions, however, appear to be made up entirely of proteins with no accompanying DNA or RNA. Prions are present in normal cells, and the gene that codes the production of the prion protein is part of a normal human chromosome.

Beginning in 1985, BrightFocus supported studies of the structures and properties of prions, and investigations that led to the purification and identification of the prion protein in the brains of scrapie-infected sheep. BrightFocus also awarded a grant to Dr. Prusiner to study CJD and GSS, using molecular biology methods to introduce genes from mutated prion proteins into mice to create an animal model for these diseases. His BrightFocus grant focused on the development of a new system to determine when in the life of a mouse the prion protein leads to disease. Dr. Prusiner also studied a method to prevent prion disease by blocking prions from converting normal proteins into more prions.

Xuri Li is a native of China who studied and worked in Sweden and Belgium before joining the National Institutes of Health in 2005 as the Head of the Unit on Retinal Vascular Neurobiology. In 2007, she was the recipient of two separate awards from BrightFocus to investigate neovascular (wet) macular degeneration and glaucoma. Dr. Li seeks to better understand these diseases and ultimately discover new treatments. As a young girl and the daughter of a physician, Dr. Li wondered why no one could prevent her grandfather from dying of cancer. She went to Shanghai Medical University in the hope of finding answers. The process of learning “why” is still a “major source of joy” for this dedicated scientist. In Sweden and Belgium, Dr. Li's research concentrated on growth factors and vascular biology. At the National Eye Institute, she has found more opportunities to develop and grow these fields of scientific investigation in relation to ocular diseases.

Dr. Li's investigations into neovascular macular degeneration are focused on two proteins, PDGF-C and PDGF-D, that may promote the abnormal blood vessel growth associated with damage to the macula and subsequent vision loss. These two protein molecules might offer new targets for treating macular degeneration.

In her glaucoma study, Dr. Li is investigating the protective effect of a molecule called vascular endothelium growth factor B (VEGF-B), on retinal ganglion cells (RGCs).The degeneration and death of RGCs causes the loss of peripheral vision in glaucoma. Since VEGF-B has been shown to protect neurons from damage, Dr. Li theorizes that it might perform this function in the retina. She and her colleagues recently validated this theory using animal models, and their work was published in the Journal of Clinical Investigation. The team continues to test the potential of VEGF-B gene and cell therapy to treat degenerative eye diseases.

Glaucoma and macular degeneration share some similarities, and learning about one disease can add to knowledge about the other. Dr. Li's ultimate goal is to develop new, better and more individualized treatments that can save vision and improve the quality of life. Until a cure is found, Dr. Li believes that prevention is the best therapy. Healthy habits such as regular exercise and a balanced diet lead to overall better physical condition that may preserve vision. Just as importantly, Dr. Li emphasizes the benefits of an optimistic life attitude. “I laugh every day,” she says.

This committed researcher is deeply appreciative of donor support, and she vows to continue to fight vision loss by searching for a cure.

Donate to Cure Diseases of Mind and Sight