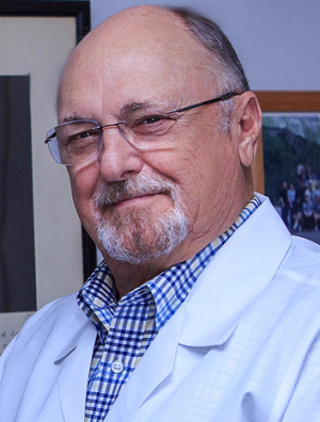 Eldon E. Geisert, PhD, joined Emory Eye Center's research section in January 2014. Most recently, he served as professor in the Department of Ophthalmology, University of Tennessee Health Science Center, as the Hamilton Eye Institute professor of Anatomy and Neurobiology and director of Research in Ophthalmology. He received his doctoral degree at the University of Wisconsin, Madison in neuroscience and his undergraduate degree in biology from the University of California, Irvine.

Dr. Geisert is also defining genetic networks associated with the risk of developing glaucoma.  Identifying the genetic differences that lead to glaucoma is the central research goal being addressed by a new grant awarded to him from the NEI.  He affirms that understanding the genetic causes of glaucoma will aid in early detection of individuals at risk for developing the disease, and it may lead to more effective treatments for this blinding disease.