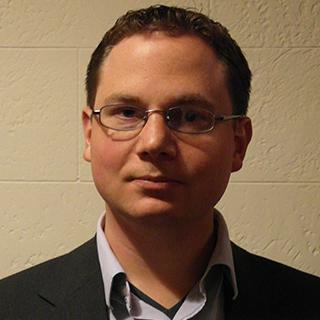 Kip Connor, PhD, with funding from Macular Degeneration Research (MDR), has lead a team of experts to discover an important role of immune cells that regulate, and could potentially stop, abnormal blood vessel growth in advanced age-related macular degeneration (AMD).

The findings have significant implications, not only for treatment of AMD, but also for that of other inflammatory disorders, such as cardiovascular disease and cancer.

Connor is a vision scientist at Massachusetts Eye and Ear, and assistant professor of ophthalmology at Harvard Medical School. He and colleagues from across the nation discovered that compounds with specific bioactive molecules reduced the severity of AMD in animal studies.

Scientists found that two compounds, dubbed EEQ and EDP, mediated how the eye responded to inflammation, which is a double-edged sword in injured tissues, sometimes helpful, sometimes not. Eventually they discovered that the compounds changed how immune cells are recruited to areas of disease and injury, and successfully protected animal models of AMD from the abnormal growth of fragile, leaky blood vessels, known as “wet AMD”.

“Although we do not fully understand how and why AMD develops, identifying additional mechanisms that regulate abnormal blood vessel growth in the eye, beyond what we currently know, could open up a range of possibilities for new research and treatments for AMD,” Connor said in a statement related to the study’s release.

He also stated his hope that “emerging technologies and future studies will expand on our work, and ultimately lead to safe, targeted and cost-effective therapies that markedly improve visual outcomes and quality of life for patients.”

Connor has a compelling reason why cost-effective therapies are so important.

“Visual impairment disproportionally affects those who least can afford it,” notes Connor.  “A multitude of socioeconomic factors lie behind this unfortunate truth, including the high costs of certain diagnostic workups and treatments, and the fact that the overwhelming majority of affected individuals live in low-resource settings.”

Their discovery of new ways to control the inflammatory response might make it possible to prevent retinal cell death early in AMD, thus limiting healthcare costs and improving “quality of life of patients who might not otherwise be able to afford late-stage treatment or surgery,” Connor said.