The goal of our study is to identify novel targets for the treatment or prevention of age-related macular degeneration (AMD) by better understanding how impaired autophagy and phagocytosis in the retinal pigmented epithelium (RPE) activates the immune system. The RPE is a single layer of pigmented cells situated between the neurosensory retina and the choroid, the vascular layer at the back of the eye. The RPE is involved in the phagocytosis (a cellular function of engulfing and eliminating unnecessary particles) of photoreceptor outer segments (OS). This RPE role is essential for the maintenance and survival of the photoreceptors, or light-sensitive cells. In addition, the RPE is engaged in another form of cellular housekeeping known as autophagy (self-digestion by a cell), and that may be of particular importance because of the very high metabolic activity of RPE. We have generated a new mouse model (an RPE-specific Cryba1 gene knockout mouse) which will serve as a genetic tool to better understand the processes of phagocytosis and autophagy in RPE. Our studies may lead to identification of therapeutic targets for some manifestations of AMD that result from defective phagocytosis and/or autophagy in RPE.

Age-related macular degeneration (AMD) is a complex and progressive degenerative eye disease involving multiple genetic and environmental factors that causes severe loss of central vision. New evidence indicates that dysregulation of the immune system could contribute to the development of AMD. Thus, we will use our RPE-specific Cryba1 gene knockout mouse model to gain a better understanding how impaired autophagy and phagocytosis activate the immune system in retinal pigmented epithelial (RPE) cells, for the ultimate purpose of identifying novel targets for treatment or prevention. We believe that understanding how the immune system is activated and regulated in early AMD will provide us with leads for developing treatments that can be applied at this critical stage of the disease before severe (and probably irreversible) vision loss has occurred.

For Specific Aim 1, we will determine how the loss of ßA3/A1-crystallin from RPE cells affects specifically the terminal stage of autophagy and phagocytosis. In Specific Aim 2, we will determine if chronic impairment of cellular clearance may be the driving force for subsequent immune cell infiltration, leading to an inflammatory response and promoting retinal degeneration. We speculate that dysregulation of lysosomal function can activate excessive retinal inflammation by switching the delicate balance between para-inflammation and inflammatory immune responses, thereby triggering AMD-like pathology. Impaired lysosomal-mediated clearance by autophagy and phagocytosis within the RPE will lead to the accumulation of lysosomal lipofuscin within the cells, as well as formation of extracellular deposits called drusen, two hallmark changes that develop during early AMD. There is no known treatment for early AMD at the present time. Although there is no perfect model for AMD--and while mouse eyes lack a macula--a rodent model that reproduces specific aspects of early AMD would help in the development of prevention and treatment modalities to combat this disease before there is dramatic vision loss. However, even though the mouse has been the model organism most used to study AMD, no mouse model of AMD based on defective endolysosomal function in RPE has been identified.

The goal is to identify novel targets for treatment or prevention of AMD. Our proposed study and disease model will provide a better understanding of the early AMD disease process. We believe that understanding how the immune system is activated and regulated in early AMD will provide us with leads for developing novel treatments that can be applied at this critical stage of the disease before severe (and probably irreversible) vision loss has occurred. 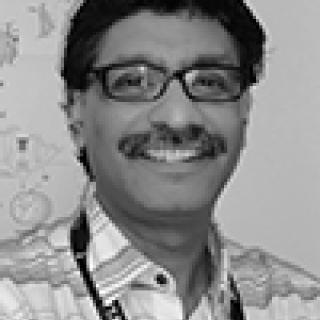