Recent advancements in whole genome sequencing have uncovered many genetic variations, so-called single nucleotide polymorphisms (SNP) that correlate with an increased risk of developing age-related macular degeneration (AMD). Our unique approach aims to discover the biological mechanisms that are affected by these genomic variations, by enrichment and identification of specific proteins and protein complexes which directly bind to the respective genomic regions. As a result of this project, we expect to uncover novel pathways that are associated with AMD genetic risk factors and these may provide the basis for innovative preventive therapies. Since those novel therapies will be based on genome-specific variants, we will be able to predict which individuals are most likely to benefit from these interventions, based on their genotype, and this could enable la a truly personalized approach to therapy.

Our overall goal is to identify molecular pathways that translate genomic variations pre-disposing individuals to developing AMD to pathophysiology, and to thereby uncover novel mechanisms of this disease and potential new targets for therapeutic intervention.

AMD occurs frequent across all world populations. Recent advances in whole genome sequencing have uncovered many genetic variations that correlate with an increased risk of developing this medical condition. Specifically, geneticists have found small genetic variations known as single nucleotide polymorphisms (SNPs), within the genomes that are associated with increased AMD risk. The majority of these AMD-associated SNPs localize to non-coding regions of the genome, ie, regions that do not directly code for translation into proteins, but instead are assumed to be involved in regulation of gene transcription. And the mechanisms of gene regulation at specific sites within the genome are largely still not understood.

Our first aim is to identify cis-regulatory SNPs (ie, regions of non-coding DNA which regulate the transcription of nearby genes) among the high number of variants co-occurring at genomic loci of interest. This will be done by a highly innovative phylogenetic module complexity analysis (PMCA) approach that classifies and predicts disease-relevant genetic variations within identified risk loci. This will be combined with information on cell-specific sites of open chromatin suggesting active transcription in publicly available sequencing datasets. After screening those candidate variants for differential protein binding in electromobility shift assays, affinity purifications of DNA-protein complexes will be performed. Differential binders will be identified by label-free mass spectrometry (LC-MS/MS). Functional validation of the relevance of candidate proteins will be performed in several ways. First, we will investigate the influence of each SNP on transcriptional activity in different cell lines using luciferase constructs harboring the risk or non-risk alleles, expecting activating or repressing effects. Then we will combine this assay with knock-downs of the candidate transcription factors in order to validate the influence of the identified proteins on transcriptional activity. Next, we will generate SNP variant retinal pigmented epithelium (RPE) cell lines using the CRISPR/Cas9 technology and investigate the allele-specific impact on RPE barrier formation by measuring trans-epithelial resistance, as well as on expression levels of neighboring genes. Finally we plan to investigate expression levels of identified transcription (co-) factors in human donor eye material (retina, RPE/choroid) and correlate the findings to the respective genotypes.

With this novel approach that combines high sensitivity mass spectrometry-based identification of differential SNP binding proteins with extensive functional validation, we expect to uncover novel pathways that are relevant to AMD’s onset and progression. The results may in turn offer novel entry points for developing rational personalized therapy. 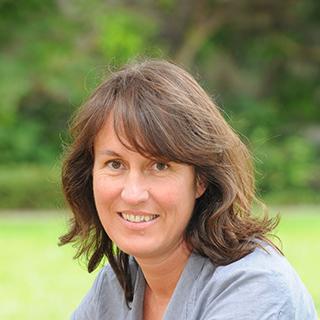