Studies on Functionality of iPS-RPE Transplanted in Immunodeficient RCS Rats

Dysfunction and death of retinal pigment epithelium (RPE) have been observed in various human retinal degenerative diseases that lead to blindness, such as age-related macular degeneration (AMD). We propose to treat such diseases by transplanting a polarized monolayer of RPE sheets derived from human induced pluripotent stem cells (iPS), which are stem cells that have been derived from adult human tissue.  However, immunological reactions are a concern during testing procedures in animal models. To study and hopefully minimize such reactions, a newly developed rat model of retinal degeneration that does not reject human cells will be used for testing. In depth analysis of the functionality of transplanted RPE will be conducted to establish that iPS-RPE monolayer transplantation is a suitable approach to treat various degenerative diseases affecting the eye.

AMD is one of the leading causes of blindness among the elderly and is characterized by the degeneration of RPE and photoreceptor cells. Recently, cell based techniques for the treatment of AMD involving replacement of RPE has been a major focus of research. Various cell types have been examined to develop approaches to replace degenerated RPE cells with healthy RPE cells. The limited requirement for integration and relatively robust functionality demonstrated under in vivo and in vitro conditions make RPE a promising candidate for transplantation compared to more complex cells in the retina such as photoreceptors and retinal ganglion cells. Under specific culture conditions, the RPE can grow as a polarized monolayer with capability to perform cellular secretions comparable to normal innate RPE. Such polarized RPE sheets show increased neurotrophic growth factor secretion and after transplantation can integrate with host photoreceptors and take part in cleaning up of the photoreceptor debris.

Considering the vast immunological issues associated with human embryonic stem cell derived RPE (hESC-RPE), induced pluripotent stem cell derived RPE (iPSC-RPE) is considered as a desirable approach for therapeutic interventions. By using iPS derived cells, it is possible to avoid the use of immunosuppressive drugs, thus providing an opportunity to repair genetic defects absent the ethical problems faced when using hESC-RPE. A majority of the previous investigations used the technique of injection of dissociated RPE cells. When injected as a cell suspension, the cells fail to form a polarized monolayer and survival is poor. We will overcome the above issues by transplanting iPS-RPE as a polarized monolayer.

Although the eye is considered an immune privileged area, some immunological reactions to xenografting can occur. Most of the preclinical studies involving human derived cells used animal models that are exposed to severe immunosuppression regimes. Based on the studies conducted in our laboratory, administration of immunosuppressants in rodent disease models can yield only partial success because of the inconsistent blood immunosuppression levels. The procedure itself is labor intensive and may cause additional pain and discomfort to the animals. In the proposed investigation, the above issue will be overcome by using immunodeficient dystrophic RCS rats recently developed in our laboratory.

Studies on Functionality of iPS-RPE Transplanted in Immunodeficient RCS Rats 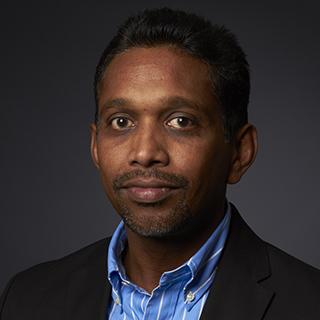