If we are going to be able to treat people who are at risk of developing age-related macular degeneration (AMD), we need to be able to identify those people who would benefit most from a preventive treatment before they demonstrate classic signs of disease. Genetic testing alone is not sufficient to know who will develop AMD because many people who have high genetic susceptibility for AMD do not always develop the condition. In this project we are testing the possibility that our predictive models will be improved by introducing a novel method to evaluate retinal function.  We are testing the possibility that an early indication of visual impairment in people who do not yet have classic signs of AMD, is the impairment of the retina, particularly the cells that detect light at low levels, to discriminate flickering lights. We are developing a simple test for this purpose which we can use to measure function at multiple locations in the retina. We will determine whether this test can be used to help predict those who will develop AMD and/or to distinguish between different forms of AMD and their progression rates.

The main goal of this research project is to develop and test a novel method of evaluating retinal function in patients who are risk of developing AMD, but who have not yet developed signs of the disease. We have identified an “at risk” population based on family history and their genetic profiles. However, while genetic testing can identify individuals with elevated or reduced risk for developing AMD, genetic testing alone is insufficient in discriminating those who will go on to develop AMD and progress to severe disease and vision loss. In this project, we are testing the hypothesis that genetic risk profiles, combined with our novel functional measures, will identify individuals at the earliest stages of AMD (ideally before there are visible retinal changes) who would benefit from early preventive therapies.

In the first aim, my laboratory will develop the instrumentation to evaluate retinal “flicker fusion” at multiple retinal locations that is mediated by our night vision system. While there have been numerous studies of flicker fusion mediated by our day vision system, the extension of such studies to night vision is unique, and since there are many studies that have shown night vision abnormalities even in early AMD, we expect that this unique methodology will provide evidence of early functional abnormalities in those who are at risk of developing AMD.  In the second aim, we will validate this methodology by studying how well it discriminates those with high AMD genetic risk profiles from those with low AMD risk profiles, but who do not yet have evidence of retinal pathology. In the third aim we will test the association of flicker fusion abnormalities with structural changes in the retina.

Therapy always comes at a cost, as well as with a benefit. Currently all of the approved treatments for AMD are focused on managing the end-stage complications of AMD. To be optimally effective, one needs to know who to treat, when to treat, and whether or not the treatment is having a desired effect without having to wait for an end-stage outcome. This study evaluates a novel functional biomarker that may prove to be a sensitive indicator of retinal dysfunction in pre-clinical AMD, which could also be a useful measure to reflect a response to preventive therapy. 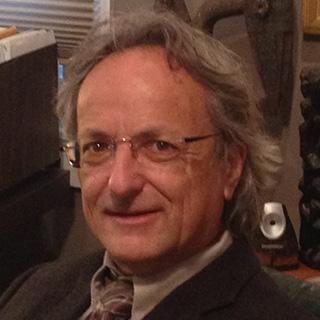