Age-related macular degeneration (AMD) is a complex disease, associated with a combination of genetic and environmental factors. The early stages of AMD involve dysfunction of the retinal pigmented epithelium (RPE)— cells which are important for the function and survival of the photoreceptors. RPE play a role in processes related to adhesion (“glue” that holds cells together), protection against oxidative damage, triggering of the immune response, and regulation of new blood vessel growth of the choriocapillaris (vessels in the back of the eye). MicroRNAs (miRNAs) are a large group of small RNA molecules that have been recently identified to simultaneously inhibit the expression of many genes. Thus, miRNAs are implicated in controlling a wide range of normal physiological and disease events. In the course of this study, Drs. Ashery-Padan’s and Elkabetz’ team will identify the involvement of miRNAs in processes that are altered in AMD. The team will employ a combination of genetic, cellular, biochemical and molecular techniques that will enable them to reveal the involvement of miRNAs in AMD and other degenerative diseases of the retina.

The identification of AMD-related miRNAs will be important for improving diagnosis. miRNAs are stable molecules that can be readily introduced into cells or, alternatively, whose activity can be blocked. The information obtained in course of this study on their role can be utilized to develop approaches for the treatment of AMD. Furthermore, identification of miRNAs activity in RPE derived from ES cells could contribute to the design of cell-replacement therapy in the RPE.

To learn more about the miRNAs that are involved with AMD, Dr. Ashery-Padan’s group is using a unique set of mice in which miRNAs are not expressed during RPE development. Analyses of the appearance and function of cells and molecular changes in the genetic models have already revealed that miRNAs are indispensable for the full activity and survival of the RPE. Specific mutations in selected miRNAs are being produced and tested in mice and in RPE derived from stem cells to determine the specific roles of these developmental regulators in the physiology of the RPE.

Understanding the mechanisms by which RPE cell fate is normally acquired and maintained, and the cross talk between the RPE and adjacent cell types of the choroid and retina, is pivotal for understanding RPE dysfunctions, and for design of future RPE cell-replacement therapies. This study, supported by the BrightFocus foundation, combines functional in vivo studies with stem cell technologies aimed at deciphering the roles of miRNAs in RPE function and in the development of AMD. The team’s discoveries on miRNA’s function during normal development of the RPE may be applicable for future development of cell-based therapies for retinal degenerations, like AMD. 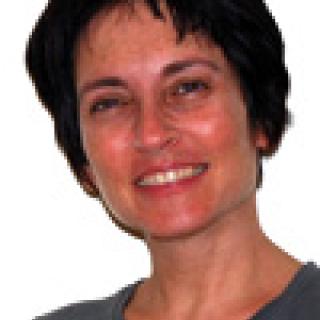