My lab aims to understand the underlying mechanisms that are the driving forces behind age-related macular degeneration (AMD) so that we can prevent macular degeneration in future generations and stop its progression in those currently suffering with this blinding disease. The overarching goal of this proposal is to investigate the contribution that “negative-regulators” of toll-like receptors (TLRs) play in the pathogenesis of AMD.

It is clear that inflammatory processes are involved in some capacity in the pathogenesis of AMD. Despite this, there has been scant investigation into the role of TLRs, the primary initiators of inflammation, in AMD, outside of nominal genetic risk factor association studies and expression analysis. To the best of my knowledge, no one has yet tackled the role that TLR-inhibitory proteins may play in pathogenesis of AMD. Early disease is often asymptomatic, and that by itself represents a significant challenge, making it more difficult to recruit people who are only beginning to develop AMD into studies. Nonetheless, such studies have the potential to offer insight into the mechanisms at play both in initiating the disease and driving it forward.

For this project, we will use peripheral blood mononuclear cell (PBMCs) already banked from a population cohort that investigates the ageing process on the island of Ireland. Those diagnosed with AMD are at the early stages of disease. This is key to the potential success, uniqueness, and feasibility of the proposed research. Using these samples we will be able to determine the mechanisms at play in at the earliest stages of disease, and to minimize confounding symptomatic factors.

This research will expand our knowledge of the role of inflammation in early stage AMD and provide insight into possible interventions that may have potential to be disease modifying. Ideally, identification at the molecular level of “checkpoints” of the inflammatory response in AMD will yield novel therapeutic approaches, in the form of agents that might either block or induce TLR signaling events. 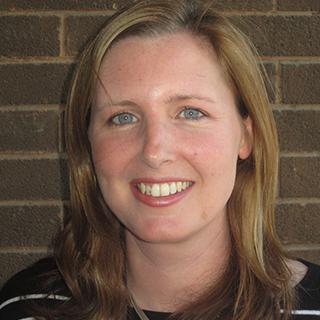