Role of PGC-1 Isoforms in RPE Function and Oxidative Stress: Implications for AMD

The goal of this study is to test the hypothesis that a new critical regulator of a cell’s metabolism and survival, called PGC-1, may play an essential role in the function of RPE cells and that they protect RPE cells from oxidative damage and degeneration. RPE, a pigmented cell layer at the back of the eye, supports photoreceptor function and has been implicated in age-dependent macular degeneration (AMD), a leading cause of blindness. Insights into the ability of PGC-1 to regulate function and survival in RPE may thus provide a new target for therapeutics to prevent retinal degenerative disorders, such as AMD.

Dry age-dependent macular degeneration (AMD) is a highly prevalent blinding disease lacking any form of effective therapy. In dry AMD, defect and/or loss of the retinal pigment epithelium (RPE), a thin layer of cells that nourishes, recycles and detoxifies the photoreceptors (light sensitive cells of the retina), is thought to be a key event in AMD progression. Proper regulation of metabolism and oxidative stress is critical for the function and survival of all the cells in the human body; however how RPE metabolism is molecularly controlled under healthy and diseased conditions is unknown and the purpose of our research.  Dr. Saint-Geniez’ team is characterizing the role of a master-regulator of cellular metabolism in RPE cells, called PGC-1, and tests its ability to protect RPE from toxic stimuli, such as oxidative stress. Their ultimate goal is to use this pathway as a new therapeutic approach for the treatment of dry AMD.

In collaboration with experts in RPE biology, cellular metabolism and AMD, Dr. Saint-Geniez will: 1) determine in vitro (at the laboratory bench) the function of this master-regulator of RPE metabolism and behavior (PGC-1);, 2) create a new animal model in which expression of this gene is blocked specifically in the RPE and at a desired time. This model will enable the team to test the hypothesis that dysregulation of this gene is implicated in the progression of AMD.

The innovation of this project lays in both the novelty of the pathway being analyzed and the techniques employed, such as the generation of new mouse models by modern genetics, and the application of state-of-the-art technologies to evaluate the metabolic function in RPE. By characterizing the mechanisms of metabolic regulation and degeneration in the eye, Dr. Saint-Geniez’ discoveries may lead to new, effective therapies for treatment of AMD.

Role of PGC-1 Isoforms in RPE Function and Oxidative Stress: Implications for AMD 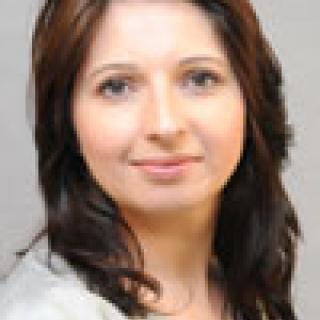