Role of the Gut Microbiota in a Mouse Model of AMD

We understand now that most of the risk for developing age-related macular degeneration (AMD) comes from environmental causes, particularly our diets and nutrition; however, we don’t know why these dietary factors change the risk of AMD or how they affect our bodies. One possibility is that our diets are actually affecting the composition and function of the micro-organisms that live within our body, particularly our guts, collectively known as the microbiome. This proposal will directly test the idea that gut bacteria alter the likelihood and degree to which mice fed a poor diet develop AMD. Our methodology will be to either kill bacteria with antibiotics, or move them from one mouse to another. We will not only evaluate the eye for disease, but also measure a large number of molecules in the urine that may be used as a foundation for future medical tests for AMD.

The goal of my proposal is to test whether the risk for developing AMD is based in part on our diet and nutrition, and relates to the composition and function of the micro-organisms that live within our guts, collectively known as the gut microbiome.

My proposal builds upon a mouse model for AMD I developed, and is based on the premise that feeding mice a high glycemic index diet leads to AMD and an altered gut microbiome, whereas mice fed low glycemic index diets are protected against AMD. The first specific aim tests the idea that changes in the gut microbiome are responsible for the different outcomes. I am feeding mice high and low glycemic index diets in the presence or absence of antibiotics, which are known to remove both the beneficial and the pathogenic gut bacteria. I am also collecting urine to measure dozens of different metabolites, many of which are affected by the composition of the gut microbiome. This approach will determine the extent to which gut microbiota either protect or contribute to AMD.

It is only in the last few years that scientists have realized how much the bacteria living symbiotically in our bodies affect our health and disease, and only in the last year have the first connections been made between our gut bacteria and AMD. Experiments in humans show significant associations between bacteria and AMD, but my experiments in a mouse model of AMD can directly test the importance and relative contributions of gut microbiota to AMD. These experiments simply are not feasible or ethical to test in humans without first fully fleshing out the role and mechanisms in a pre-clinical animal model, which makes my experimental design a first-of-its-kind paradigm for AMD. By combining microbiome experiments with small-molecule discovery experiments, my experiments will also yield new and valuable biomarkers of the gut microbiome and of AMD.

Once my study is complete, we’ll have a very good sense about the importance and role of gut microbiota in this mouse model of AMD, as well as biomarkers of the gut microbiome and of AMD. If my research points to the major role of the gut microbiome as being protective against AMD, we can next begin to identify specific bacteria that contribute the most and start to develop probiotic treatments, or identify the mechanisms of action and identify new drug targets. Similarly, if the major role ends up being pathogenic, as is found in Crohn’s disease and inflammatory bowel disease, we can develop very targeted antibiotic approaches to treat AMD or think about modulating the immune response elicited by these bacteria. What may end up being the largest benefit for human studies will be the identification of new biomarkers for use in epidemiological studies and clinical drug trials that haven’t yet considered gut microbiota as potential AMD factors. No matter the outcomes, relating diet and nutrition to AMD via the gut microbiome will profoundly impact the research field and yield new ideas and understandings.

Role of the Gut Microbiota in a Mouse Model of AMD 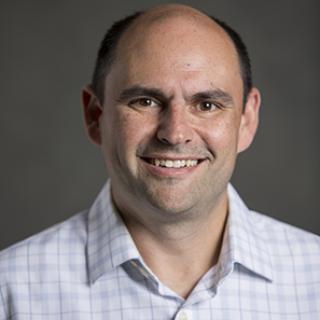