Too many free radicals (bad molecules created by oxidation) in the retina is believed to cause age-related macular degeneration (AMD). Glutaredoxin 2 (Grx2) is a newly discovered antioxidant enzyme, which can break down free radicals in the retina. In this project, we will study if and how Grx2 protects retinal pigment epithelial (RPE) cells against free radicals. Results from this study may lead to a better treatment for AMD.

Free radicals are molecules that have become chemically destabilized due to oxidation—a chemical results of different types of stress. Our bodies accumulate free radicals through age and harmful exposures, and over time, they can lead to cellular damage. In the retina, free radicals are believed to cause diseases associated with aging, including age-related macular degeneration (AMD). Thus, understanding the function of antioxidant enzymes in the retina is critical for developing new therapies for AMD.

Glutaredoxin 2 (Grx2) is a newly identified antioxidant enzyme. As a multifunctional enzyme, Grx2 plays multiple roles in the battle against free radicals. On one hand, Grx2 can fight as a soldier to directly scavenge the free radicals. On the other hand, Grx2 can also serve as an army surgeon to repair and heal oxidatively damaged proteins. These properties distinguish Grx2 from other antioxidant enzymes as an attractive target for AMD treatment. In this project, we will study if and how this widely known, but little studied, enzyme protects retinal pigment epithelial (RPE) cells against oxidative damage. The overall success of this project may identify a new therapeutic target for AMD and other oxidation-induced vision diseases. 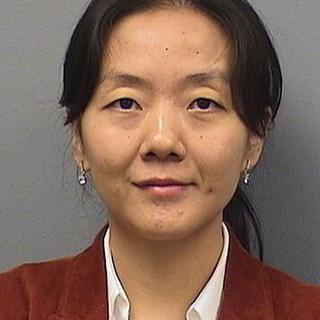