The Role of the Extracellular Matrix in Posterior Eye Diseases

Genes are made up of precise building blocks; imagine square blocks stacked together in an orderly fashion.  Sometimes there are differences in these building blocks between people which may cause disease; for example, a building block may be shaped liked a triangle rather than a square, causing the stack to be unstable. In other instances, genetic variations may be benign, such as a color change from red to orange.  Our goal is to determine which genetic variations are disease-causing and then to take that variant and create a mouse model that carries the disease-causing change.  This mouse model could be used to study what the change in the building block does to the eye, how it leads to disease, and it can also be used to test different treatments.

This project will establish a research pipeline to examine the effects of the extracellular matrix (ECM)-related risk alleles in cultured retinal pigmented epithelium (RPE) cells and select those alleles that cause the greatest effects to generate mouse models that will be distributed to the research community.

Specific Aim 1: To determine which of the ECM risk alleles identified in large human genetic studies are actually contributing to the AMD disease phenotype.  We do not know if the variants identified in the genome-wide association studies (GWAS) are contributing to AMD or whether instead they are simply closely linked markers.  Because there are so many ECM variants, it would be difficult to make them all into animal models.  Therefore, we establish a pipeline to introduce the risk alleles into cultured RPE cells to determine whether they affect any morphological or functional features of the RPE, information that will help us to prioritize which would be most useful to develop into animal models.

Specific Aim 2: To generate mouse models using CRISPR/Cas9 with oligonucleotide-directed repair for those alleles which show the most significant in vitro effect. The JAX Genome Engineering Technologies service will generate the models of the ECM alleles directly into the C57BL/6J background to ensure genetic homogeneity. Initially, we will do careful characterization to identify both preclinical and end-stage functional, histological and transcriptome alterations.  We will also challenge the models developed with environmental stressors to determine whether the different alleles are influenced by such stressors and identify the cellular response. We will determine how the alleles interact with environmental stressors, including bright light, and high fat or Western (high carbohydrate, high fat) diet consumption. We will also examine whether particular cellular responses are elicited by the environmental stressors, including oxidative stress, endoplasmic reticular stress, and inflammasome reactivity.  Finally, we will determine whether high risk CFH and ARMS2 haplotypes affect ECM mutants by causing an earlier AMD onset and increased disease severity.

This application is conceptually innovative. Establishing a pipeline that identifies AMD risk alleles with the greatest functional deficits in vitro, and then generates and characterizes mouse models carrying those alleles, is unique. Utilizing both human induced pluripotent stem cell- derived and murine RPE cells in in vitro studies will allow us to detect species differences before entering into the costly generation of in vivo models, and also will reveal factors to consider when interpreting data from mouse models used to test therapeutic interventions.

ECM risk alleles, in a recent genetic analysis, were not associated with intermediate AMD, leading the authors to hypothesize that ECM variants represent a disease subtype without early-stage manifestation, or with extremely rapid progression. They suggested that patients with this disease subtype might derive maximum benefit from genetic diagnosis and future preventive therapies. Our studies will provide essential and fundamental knowledge about the functional effects of the alleles, and through careful and thorough phenotypic characterization of mouse models, identify potential drug targets.

Also, through the Eye Mutant Resource and Translational Vision Model Resource at The Jackson Laboratory, we distribute hundreds of breeding pairs to investigators each year. Each requesting investigator tests his or her own hypothesis, and the results can be compared across laboratories, as the models are inbred and in fixed genetic backgrounds. In the case of this AMD model resource, I am particularly excited about generating mouse models with these ECM-associated alleles, as they may help the field of AMD research identify early pre-clinical endpoints that could be used in clinical studies, shed light on the mechanisms underlying the pathological changes observed in the retina that lead to the disease, and serve as a resource for testing therapeutic interventions by the vision community.

The Role of the Extracellular Matrix in Posterior Eye Diseases 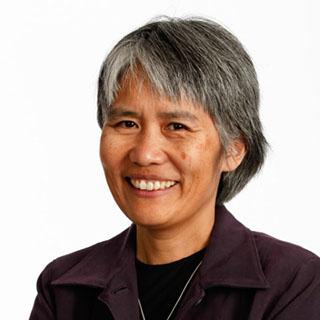