The goal of my project is to determine if and how cytomegalovirus (CMV), a very common virus staying in the bodies of over half of Americans, causes the development of neovascular age-related macular degeneration (AMD).

CMV is usually acquired during early life and often persists in a latent state for the life of the individual. More than 12% of 1 year old U.S. infants have been infected with CMV.  By using a mouse model, our recent studies have revealed for the first time that acquiring systemic CMV infection during early life is associated with widespread viral latency at several sites including the eye. Importantly, pathology typical of AMD developed in eyes of these mice at several months post infection. In specific aim 1 of this project, we will investigate if the human eye is a site of CMV latency. In addition, we will determine if CMV latency in the choroid of human eye is associated with production of inflammatory factors which favor the development of neovascular AMD.  In specific aim 2 of this project, we will continue to use our animal model to investigate the mechanism by which latent CMV infection in the choroid causes the development of AMD, and also explores strategies to inhibit virus reactivation and alleviate development of AMD induced by CMV reactivation in the eye.

Our project is the first to explore a possible viral etiology for AMD as a result of latent CMV infection of the human eye. The results of our studies will further understanding of the pathogenesis of AMD in human patients and may ultimately be translated to new therapies to alleviate in situ inflammation and prevent development of AMD induced by latent infections. 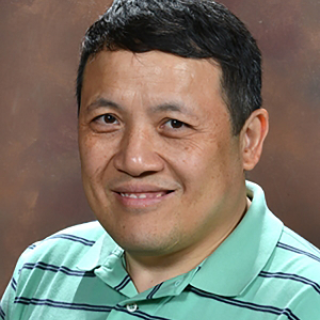