Role of Complement and Gene Therapy for AMD

A part of the immune system known as complement gets activated and is known to be an underlying cause of age-related macular degeneration (AMD) in a very significant portion of individuals.  Although there are many animal models of AMD, there are almost none that exhibit disease similar to that in humans, specifically because of activation of the complement system. We recently developed such an animal model and propose to use it to study the role of complement in AMD as well as develop a gene therapy.  Upon completion of these studies, we will have a better understanding of the role of complement in AMD as well as proof of principle for a gene therapy. All this information is necessary before preclinical safety testing and product development for an AMD therapy in humans can take place.

The goal of our project is to determine the molecular factors responsible for pathology in AMD and to utilize that knowledge to develop therapies.

There is now significant evidence that a part of the immune system known as complement plays a critical role in AMD pathology.  Complement is the first line of defense against invading pathogens such as bacteria or viruses and complement is constantly activated.  Activation of complement is kept in check by a host of regulatory proteins that protect the individual from “self-damage.”  One such regulatory protein is called complement factor H, and mutations in its gene are associated with AMD.  Once activated, complement produces molecules known as anaphylatoxins and ultimately a complex known as the membrane attack complex (MAC).  Elevated levels of MAC are found in the eyes of AMD patients; in addition, anaphylatoxins are known to recruit immune cells called macrophages, and AMD patients also have higher levels of macrophages in their eyes. However, we do not yet currently understand which of these molecules is contributing to AMD pathology.  Is it the MAC or the anaphylatoxins, or both?  This project will address this question and then utilize this knowledge to develop a targeted therapy for AMD. At the end of this study we will have developed and identified a strategy to treat AMD; however, in order to progress to the level of clinical trials and ultimately be used to treat patients, such strategy will have to first pass the hurdle of safety.

This project has two Specific Aims:

Specific Aim 1:  A complement factor that is constantly active at low levels is the complement component 3, or C3 protein.  We have found that expression of C3 in normal mouse eyes leads to pathology similar to AMD in humans, including the creation of anaphylatoxins and the MAC. These features are observed in both the dry and wet forms of AMD.   In Specific Aim 1 we will investigate the impact on relative pathology when C3 is expressed in mutant mice that are either deficient for anaphylatoxin receptors or deficient in a protein called C9 that disables the formation of MAC.  Comparing the pathology in those mutant mice with that of normal mice will address the question of what is the important or key factor leading to AMD pathology when complement is activated:.

Specific Aim 2:  Having utilized mutant mice to identify the key players in AMD pathology from Specific Aim 1, we will develop and test molecules that target either the anaphylatoxins or the MAC, or both, in the context of practical therapies that can be utilized in humans.  My laboratory utilizes gene therapy approaches to deliver treatments to the eye.  Although there are currently no FDA-approved gene therapies in the United States, it is anticipated that within the next few years several gene therapies will be approved, including for some forms of blindness.  My laboratory has already developed molecules and gene transfer vectors that can target either the MAC, through the delivery of a protein called CD59, or the anaphylatoxins by delivery of proteases, or both by a protein called PRELP. Armed with these reagents, we can address the outcome of expressing these molecules in eyes that are damaged by the presence of C3.

A unique aspect of this project is that currently there are no animal models available that recreate AMD pathology specifically with regard to the forced activation of complement.   While other models of AMD are very useful for understanding the disease, they are not as useful in the development of anti-complement therapies.  We have created the first such animal model through the expression of C3, and it recreates many of the features of dry as well as wet AMD.  There is substantial evidence that complement is a key player; indeed, half of all AMD patients have a polymorphism in the negative regulator known as complement factor H.  We find that delivery of normal factor H reduces pathology in C3-expressing mice. Yes, it's that exciting!  Use of this model to better understand the roles of the anaphylatoxins and the MAC, and to develop a gene therapy for AMD, is truly groundbreaking.

In summary, our project will develop a better understanding of the molecular mechanisms responsible for pathology in AMD, as well as develop therapies. At its conclusion, we will have a candidate gene therapy for AMD; however, such therapy will need to be tested for safety before being able to advance into humans.

Role of Complement and Gene Therapy for AMD 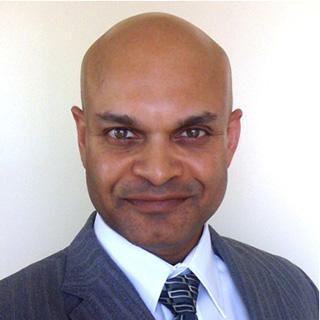