The Müller glial cells (MGCs) within the retina of zebrafish and other non-mammalian vertebrates exhibit the remarkable ability to regenerate damaged retinal tissue, while mammalian MGCs cannot. This project aims to identify the cellular and molecular mechanisms functioning as an intrinsic block to mammalian MGC-mediated retinal regeneration. We will also determine whether bypassing this blocking mechanism results in mammalian retinal regeneration. Such a finding may lead to new clinical methods to prevent or reverse vision loss due to retinal injury or disease.

In degenerative diseases of the retina, such as macular degeneration, the light-sensing photoreceptor cells of the retina progressively die off, causing permanent loss of central vision. Current estimates are that as many as 11 million United States citizens have some form of macular degeneration, and the number of cases is expected to double within in next 30 years. Consequently, there is a critical need to devise therapeutic strategies to prevent or reverse retinal degeneration. In this project, we will investigate whether the mammalian retina can be genetically “switched on” to repair itself following injury.

Our project’s main goal is to determine the biological reason why the human retina normally cannot undergo self-repair, also known as tissue regeneration.

Certain animal species, like fish and frogs, have the remarkable ability to rebuild a damaged retina by regenerating retinal neurons (including photoreceptors) to restore sight. This repair process is performed by a special cell population within the retina, called Müller glia cells (MGCs). When the fish or frog retina is injured, the MGCs have been shown to expand in numbers (proliferate) and, ultimately, to change their cell identity to become new retinal neurons. Unfortunately, for reasons we don’t yet fully understand, the MGCs of humans and other mammalian species (such as mice and dogs) do not have this ability, and our damaged retinas cannot regenerate.

However, we hypothesize that human MGCs retain latent potential to regenerate, but that potential is blocked by a genetic “off switch” that specifically inhibits the ability of the MGCs to proliferate and transform into replacement neurons after injury. Using mice as our experimental model, we will test this hypothesis with two specific aims. First, we will genetically delete specific molecular players that control the regeneration “off switch” and determine whether this enhances MGC proliferation within the damaged retina. In our second aim, we will employ a novel genetic tool that allows us to bypass this “off switch” altogether. Thus, we will determine whether we can “re-awaken” the regenerative ability of mammalian MGCs, leading to the production of new retinal neurons.

By the completion of this study, we expect to have a better understanding of the biological forces that block mammalian MGC-mediated retinal regeneration. This knowledge may significantly advance therapeutic strategies to treat, or even cure, diseases such as macular degeneration. 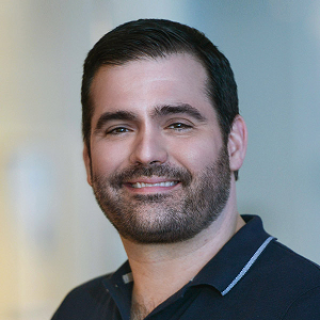