In this proposal we are investigating the molecular pathway through which cigarette smoke oxidants stimulate retinal pigment epithelial injury (RPE) and sub-RPE deposit formation. We will use both cell cultures of RPE cells as well as mouse models to address this question.

Early 'dry' age-related macular degeneration (AMD) is characterized by the accumulation of lipid-protein rich deposits below the retinal pigment epithelium (sub-RPE deposits). This project stems from epidemiological and animal model studies indicating that cigarette smoking plays an important role in the progression of AMD as it is an established risk factor for progression of the disease. The goal of this study is to investigate the role of a nuclear receptor called aryl hydrocarbon receptor (AhR), in RPE cell injury and deposit formation. AhRs can be activated by environmental toxins; pollutants and have been shown to produce sub-cellular injury in the liver. We are investigating whether or not cigarette smoke oxidants can function as activators of AhRs in RPE cells. We believe that, once activated, these receptors may drive RPE cellular damage stimulating phenotypic changes seen in early AMD phenotype. To test this hypothesis our experiments will include evaluating the effect of oxidants and the AhR pathway at a sub-cellular level in both the test tube and in actual animals. If our hypothesis is correct, this will be the first demonstration of a molecular pathway by which environmental toxins (e.g., cigarette smoke) contribute to early AMD pathogenesis and will provide us with an opportunity to test the AhR pathway as a therapeutic target. 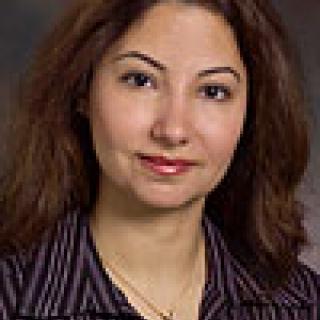