Many types of macular degeneration are initiated and maintained by the accumulation of toxic vitamin A derivatives in the retina. Dr. Krysten Farjo and colleagues are focusing on developing a new therapeutic agent to reduce the formation of toxic vitamin A derivatives by inhibiting vitamin A uptake into the retina. The ultimate goal is to develop a drug that could be used to slow and prevent vision loss in patients with macular degeneration.

There are currently no treatment options for patients with juvenile-onset Stargardt's macular degeneration (STGD) or early-stage age-related macular degeneration (dry AMD). STGD and dry AMD are both initiated and perpetuated by the accumulation of toxic  vitamin A derivatives in the form of non-degradable permanent lipofuscin retinal deposits, fatty deposits that may lead to drusen*. Lipofuscin accumulates slowly during the normal aging process, but in STGD and dry AMD patients lipofuscin levels are 2 to 5 times higher than in the rest of the population, indicating that lipofuscin formation is abnormally accelerated in both diseases.

It has been established that toxic  vitamin A derivatives are generated in the special cycle of metabolism used by the retina to continuously detect light and observe visual images; this metabolic cycle has been named the "visual cycle." Studies over the past decade have shown that slight to moderate inhibition of the visual cycle can significantly reduce the formation of toxic vitamin A derivatives and prevent vision loss in mice with STGD and dry AMD. Moreover, clinical studies have shown that the visual cycle can be partially inhibited without severely impairing normal vision in human patients. Despite these promising results, the existing visual cycle inhibitors are chemicals that may have undesirable side effects, including the potential to inflict further damage on the retina.

Dr. Krysten Farjo and colleagues are developing a new non-chemical visual cycle inhibitor that is designed to reduce vitamin A uptake in the retina and thereby reduce visual cycle activity and the generation of toxic  vitamin A derivatives. They have already identified several new inhibitor candidates and are currently focused on improving the effectiveness of these candidates to increase their therapeutic potential. If successful, this research has a good chance of developing a safe and effective visual cycle inhibitor for the treatment of STGD and dry AMD, fulfilling an unmet and critical need.

*Drusen are yellow (waste products from metabolism) that form and accumulate under the retina, between the retinal pigmented epithelium (RPE) layer and the Bruch's membrane, the blood-retina barrier that supports the retina. 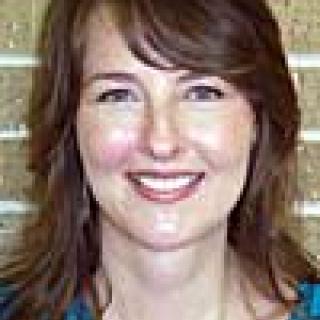