A Novel Method for Modeling AMD in a Dish

In order to identify novel targeted therapeutics for the treatment of AMD and other RPE-related diseases, there is a critical need to develop physiologically relevant models for understanding disease pathology. Current approaches to modeling RPE-related diseases utilize conventional two-dimensional systems that do not accurately recapitulate normal RPE physiology or disease states, in part, because they do not include the underlying circulation or choroidal vasculature. Recent studies in AMD increasingly point toward the importance of the choroid in disease development and progression. The goal of this proposal is to develop and characterize a 3D flow-directed RPE-choroid scaffold system that can be used as a platform to study the essential elements of RPE-related diseases, such as extracellular matrix remodeling, drusen deposition, vascular flow effects on choroidal endothelial cells, and vascular permeability to macromolecules and metabolites.

The goal of this project is to develop a more sophisticated and disease-relevant model of age-related macular degeneration (AMD) by creating three-dimensional scaffolds that mimic the microvascular networks and anatomical structure formed by the retinal pigmented epithelial (RPE) cells and choriocapillaris of the eye. In the first specific aim, we will determine the effects of culturing RPE and choroidal endothelial (CECs) cells together on cellular maturity. This will be accomplished by culturing both cell types on the scaffold device, developed by collaborator Dr. Ying Zheng, including CECs in the scaffold lumen, and determining the time course of gene expression, ultrastructure, and cytokine secretion. The purpose of the second aim is to characterize extracellular matrix remodeling by RPE and CECs as well as basal deposit formation in the scaffold matrices by RPE. RPE cells generated from the induced pluripotent stem cells (iPSC) derived of patients with genetic diseases clinically similar to AMD will be used to assess changes in ECM and drusen deposition. In the third aim, we will determine the permeability of nutrients through the CEC-lined microvessels in the scaffold device. Mechanical signals, such as hydrostatic pressure, stretch, and shear stress exert a multitude of effects on vascular function. Solute transfer through fenestrations will be quantified through use of fluorescently labeled macromolecules and metabolites. The development of a 3D flow-directed RPE-choroid scaffold system that can be used as a platform to study physiologically relevant elements of RPE-related diseases such as AMD is innovative. Use of this system to develop robust in vitro models of two inherited degenerative macular diseases with similarities to AMD is also novel. The outcome of this project will the generation of a scaffold system that can recapitulate critical elements of AMD in order to better understand the biology of the disease and facilitate drug discovery and development.

A Novel Method for Modeling AMD in a Dish 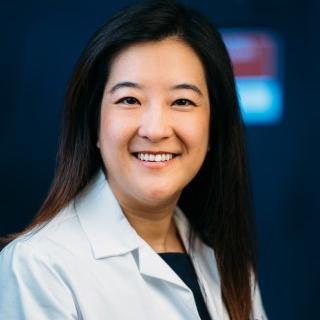