Our studies aim at uncovering the mechanisms that trigger age-related macular degeneration (AMD), with the purpose of contributing to the development of therapeutic treatments for this condition. Within this context, our goal is to develop the first “human retina in a dish” model derived from stem cells that would allow us to recreate the cellular physical and functional interactions that occur in the retina of a patient suffering from early stages of AMD. This human AMD model will provide a unique biological system to investigate the initial triggers leading to this disease and to develop treatments to stop its progress.

Our ability to find effective treatments for AMD is critically limited by the lack of understanding of the early mechanisms that trigger this disease. To overcome this problem, we are developing a “human retina in a dish” model derived from stem cells with the purpose of recreating the disease mechanisms that occur in the retina of a patient suffering from early stages of AMD.

Abnormal interactions between the light-sensitive cells of the retina, the photoreceptors, and the underlying retinal pigment epithelial cells, commonly referred as RPE, are at the center of the mechanisms that trigger AMD, but the specific characteristics of these abnormal interactions remain mostly unknown. In order to gain a better understanding of these interactions it is necessary to develop a human model capable of mimicking what occurs in the diseased retina and that can be studied in the laboratory.

To achieve that goal, we are using a specific type of stem cells called induced pluripotent stem cells, also referred as iPS cells. Human iPS cells are generated from adult cells, for example, skin or blood cells, obtained through a routine clinical biopsy. In the laboratory, these cells are then forced to express a group of specific genes that instruct them to “go back in time” and acquire a “pluripotent stem cell” status. These cells can then be re-directed to differentiate into any cell type of the adult body and used to study specific diseases and to develop therapeutic treatments. Using human iPS cells, we have recently succeeded in generating three-dimensional human retinal tissue containing functional photoreceptors and associated RPE cells. Building upon this success, we are now further improving the system in order to efficiently recreate the physical and functional interactions that occur between photoreceptors and RPE cells in normal conditions, as well as at the early stages of AMD. We expect that this AMD human model will provide a unique biological system to investigate the initial triggers leading to this disease and to develop treatments to stop its progress. 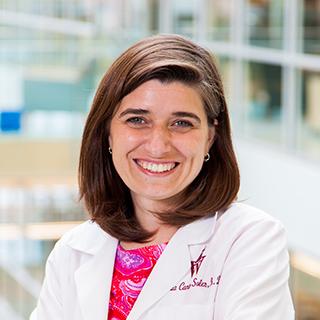