Mechanisms By Which Cxcr5 Regulates Pathogenesis of Macular Degeneration

I have recently found that a new gene is potentially involved in age-related macular degeneration (AMD), and may be exerting a protective effect. Without this gene, aged mice develop a number of anomalies that resemble AMD pathologies. The proposed research will determine if this gene is involved in AMD progression.

The goal of this project is to investigate the role of C-X-C chemokine receptor type 5 (CXCR5) in the pathogenesis of age-related macular degeneration (AMD). Aged mice with genetic mutations of the CXCR5 gene develop characteristics similar to AMD in humans. I am interested in characterizing whether this mouse strain acts as a robust model of AMD and in elucidating the biological mechanisms of chemokine receptor signaling in the pathology of AMD. I hypothesize that CXCR5 signaling plays an important role in the maintenance of immune surveillance in the eye, and that its mutation results in the accumulation of inflammatory cells into the subretinal space, which causes damage to photoreceptors and the retinal pigment epithelium (RPE) and thus contributes to the development and progression of AMD.

More information. The eye is one of several immune-privileged sites in the body. In the healthy eye, the retina tolerates the presence of antigens without eliciting an inflammatory immune response. However, in the AMD eye, the retina and RPE are attacked by inflammatory responses owing to the deprivation of immune privilege associated with AMD. Complement activation and inflammatory cell accumulation in the subretinal space are the two important contributors to the loss of immune privilege in the eye.

The trafficking of inflammatory cells is regulated by chemokines, which are a family of small and chemotactic cytokines. My preliminary study suggests that CXCR5 may play an important role in controlling the trafficking of inflammatory cells into and from the sub-retinal space, which contributes to the pathogenesis of AMD. Therefore, this study is focused on the role of CXCR5 in the pathogenesis of AMD and how its genetic mutation contributes to development and progression of AMD.

I have observed some AMD-like characteristics in the retinal fundus of the aged CXCR5 knockout (KO) mice. I will first characterize in detail these features through the use of various methods: funduscopic examination, histopathological analyses, and electronic and confocal microscopy. Second, I will determine if CXCR5 regulates the trafficking of immune inflammatory cells in the eye.

This study is innovative because there are no reports that have associated the CXCR5 gene with AMD; this will be the first study to investigate its role in the pathogenesis of AMD. This study is innovative also because the aged CXCR5 KO mice are expected to exhibit some unique characteristics, in addition to the AMD-like characteristics that are commonly described in animal models of AMD. Elucidating whether CXCR5 signaling regulates trafficking of immune inflammatory cells to and/or from the subretinal space will provide mechanistic insight into the involvement of receptor signaling in AMD pathologies.

Once this study is complete, the aged CXCR5 KO mouse is expected to be characterized as a reproducible model of AMD, which will open an avenue to understand the etiology of AMD and assist in the design of therapeutic approaches to treat the disease. The role of CXCR5 signaling in the regulation of the trafficking of inflammatory cells into and/or from the subretinal space will be elucidated, which is relevant to our gaining a better understanding of the role of innate immune system in the pathogenesis of AMD.

Mechanisms By Which Cxcr5 Regulates Pathogenesis of Macular Degeneration 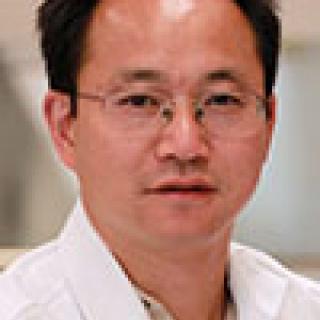