Malattia Leventinese (ML) and age-related macular degeneration (AMD) are two eye diseases that disrupt the normal physiology of the retina, the back portion of the eye which is responsible for sensing light. If these diseases are left unchecked, they can interfere with a person’s vision, and in some cases, result in blindness. The overall goal of this project is to reduce the levels of a single protein expressed in the retinal pigment epithelium, a layer of tissue in the retina, which is involved in the pathogenesis of both ML and AMD. By reducing the levels of this protein, we anticipate that we will significantly slow or halt disease progression.

The goal of our project is to slow or prevent damage to a cell layer in the eye called the retinal pigment epithelium (RPE) by genetically reducing expression of a target protein in the retina that has been associated with inflammation and risk of macular degeneration.

Our first aim is to optimize our proposed genetically-encoded therapeutic approach by testing a library of genetic constructs for their ability to reduce expression of the target in mouse and human RPE cells cultured in vitro. We will use immortalized mouse and human RPE cell lines and primary RPE cells isolated from mice. We will measure the magnitude of reduced expression of the target and also investigate the specificity of the potential therapeutic approaches by looking at expression of several other closely related proteins.

Our second aim is to test our proposed therapy in vivo using two different mouse models of macular degeneration. Two general characteristics of macular degeneration are the formation of lipid and protein-rich deposits, called drusen, that form underneath the RPE, as well as RPE cell death. Lead genetic constructs identified in the first aim will be injected intravitreally in mouse models of macular degeneration and expression levels of the target protein in the retina will be compared with those in mice receiving control intravitreal injections at varying time points. Deposit formation underneath the RPE will be followed in the mice at intervals over a 12-month period and RPE cell atrophy measured at the end of the 12 months.

One of the innovative aspects of our proposed research is that realization of this proposal’s objectives will demonstrate that a single therapeutic approach is an effective strategy to prevent sub-RPE protein deposits and RPE cell death in distinct mouse models of retinal degeneration. These observations will provide a strong basis for pursuing a similar strategy to treat humans that have a high likelihood of developing geographic atrophy (GA)/dry age-related macular degeneration (AMD), or who are afflicted by specific, rare retinal diseases.

AMD is the leading cause of blindness in the elderly in industrialized nations. It is estimated that nearly 300 million people worldwide will have some form of AMD by 2040. Thus far, there is no effective treatment for halting atrophic (or ‘dry’) AMD progression, which affects 90 percent of all AMD patients. While the causes of AMD are complex, oxidative stress and inflammation are widely accepted as contributing factors that can influence AMD onset or progression. Thus, strategies that target one or more of these factors will likely benefit patients with AMD and could potentially be used to treat other retinal diseases that are caused by similar pathogenic phenomena. 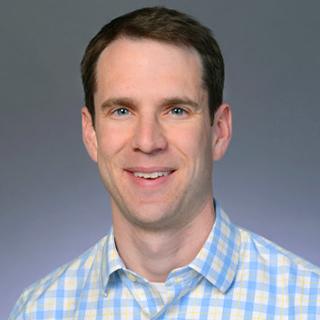