In this project, we aim to develop models which can accurately predict the potential impact of non-coding DNA sequence variants on the development of age-related macular degeneration (AMD).

In my first aim, I will use genomic information to train machine learning models that are specific to retinal cell types, including the retinal pigmented epithelium. Following the generation of these models, in aim 2 I will then use these models to predict the impact of sequence variations in relevant genomic regions, including variants which are known to be associated with AMD. Finally, in aim 3 these predictions will be tested in cells to demonstrate the true impact in sequence activity with and without the predicted variants.

This project marries innovative strategies including machine learning, organoid culturing, and next-generation sequencing to predict information about retinal genomic regulation. The models generated will be useful in prioritizing non-coding variants that may contribute to AMD and have thus far been understudied. As a result, AMD-associated variants can be prioritized for functional follow up and variant prediction scores can be benchmarked for future use in genetic testing.

The final validated models developed from this study will be able to accurately predict the impact of sequence variations specifically in relation to AMD. Because of this, novel sequence variations identified in AMD patients will be able to be quickly and easily queried to identify those variants which could be pathogenic. This could allow for new treatments to become more quickly available based on known pathogenic variants. 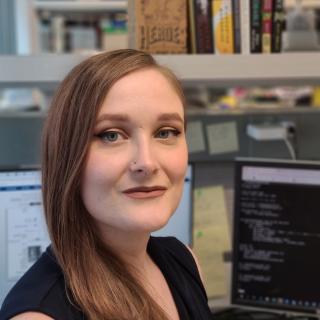