The first clinical sign that an individual has age-related macular degeneration (AMD) is the presence of yellowish deposits, which accumulate in the area at the back of the eye known as the macula. The macula is responsible for your central vision; holding two coins in front of your eyes results in a single large black circle blocking your central vision, which is a realistic simulation of what it is like to live with advanced AMD. Typically, inflammatory responses of the immune system are caused as a result of microbial infection. However, in chronic conditions, a form of “sterile” inflammation can exist in areas of the body in response to damaged “self-elements” in the absence of infection, due to uncontrolled activation of immune system sensors. Drs. Doyle and Campbell have found that this “sterile” inflammation is central to the progression of AMD, and they will investigate the pathways involved with this process, potentially leading to new treatments for AMD.

When this study is complete, Drs. Doyle, Campbell, and O’Neill will better understand the implications of TLR2 activation by carboxyethylpyrrole (CEP), a protein modification which is found at high levels in the eyes of individuals with AMD. TLRs are the primary sensors of the immune system that recognize the presence of microbial elements and initiate a response to infection; however, TLRs can also recognize damaged “self-elements,” potentially leading to damaging “sterile” inflammation. If the team’s study shows that TLR2 activation is involved in the development and progression of AMD, they will have identified a new pathway for the targeted development of therapies for AMD.

The first aim of this study is to dissect the signaling pathways activated downstream of TLR2 by CEP in the various cells local to the retina. In parallel with the broad pro-inflammatory genes that TLR2 can control, there is evidence that increased TLR2 activation mediates processes that could be involved in AMD, such as the complement proteins (also involved with immune response) and blood vessel growth. This will be the first time that anyone has investigated these effects downstream of TLR2 activation in the eye. Data from these experiments will inform the team about whether TLR2 is a potential therapeutic target for preventing the progression of AMD.

The team’s second aim involves establishing the “CEP-Mouse Serum Albumin immunization model for retinal inflammation.” In this model, mice develop lesions in regions above and below the retina that mimic certain aspects of what’s observed in drusen deposits in the eyes of patients with dry AMD. By establishing this model in animals deficient in TLR2 or TLR2-signaling components, the team will for the first time discover if this immune pathway plays a role in the progression of these AMD-like lesions.

Understanding how TLR ligation leads to complement induction is of utmost interest, as understanding how TLR activation manifests as drusen deposits could allow us to develop novel therapies for the prevention of drusen aggregation. Ideally, identification of mediators of the inflammatory response in AMD will yield novel therapeutic approaches to this common and often severe form of blindness, in the form of either blocking or inducing TLR2 signaling events.

TLR signaling pathways are increasingly being targeted for therapeutic intervention of other diseases with deregulated immune response, including chronic inflammatory disease. Therefore, should Drs. Doyle, Campbell, and O’Neill demonstrate that to block TLR2, or any of its downstream signaling molecules, would be beneficial in slowing the progression of AMD, they would anticipate that drug inhibitors of the pathway are likely to already exist and could be rapidly directed to clinical trials for AMD. 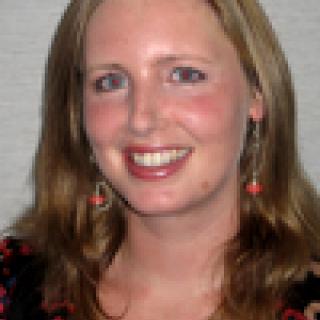