Age-related macular degeneration (AMD) is the most common cause of irreversible blindness in elderly people and is caused by a local inflammatory response affecting the function of the retinal pigment epithelium and the photoreceptors. In a mouse model of AMD, we were able to show that inhibiting a molecular complex that is important for propagating this inflammatory response, the inflammasome, reduces pathologies of AMD in this model. Thus, we propose that mechanisms that inhibit the inflammasome are likely to reduce AMD progression in patients as well. Here, we will test mechanisms that control inflammasome activation in a mouse model of AMD to identify potential novel treatment approaches for AMD.

Recent findings in patients with age-related macular degeneration (AMD) have revealed that increased inflammation contributes to the progression of this disease, causing vision loss in millions of affected individuals. Current research efforts focus on understanding what factors induce such inflammation and how to inhibit this inflammatory response involving many different immune cells.

Importantly, certain factors that accumulate in eyes of patients with AMD with progressive age have been found to induce inflammation through a specific cellular immune pathway, called the inflammasome. This inflammasome activation results in the production of two potent proinflammatory cytokines (IL-1β and IL-18), which have been implicated in the manifestation and progression of AMD.

More information. An important roadblock to the development of new AMD therapies is the lack of a convincing animal model of AMD, one that can be used in genetic studies to determine which factors either prevent or stimulate the disease process. We have recently identified a novel mouse model of AMD in which mice develop cardinal features of both the “wet” and the “dry” forms of AMD in a progressive age-dependent manner. These mice show a decline in vision with progressive age and their disease course strongly resembles that observed in patients with AMD. Furthermore, we have shown that the inflammasome is activated in the eyes of these mice and that it contributes to the observed AMD pathologies.

In the first aim we are using genetic tools to target inhibitory pathways of the inflammasome in these mice and to determine whether this approach exacerbates AMD-like pathologies. These findings will also reveal whether stimulating these pathways will be a promising approach to block inflammasome activation.

In the second aim we are analyzing the cellular pathways through which these inflammasome inhibitors exert their effects in the eyes of our mouse model. Finally, we are comparing the findings in these mice with cells from human eyes to directly translate our findings to potential new therapies for AMD in patients.

Our studies are likely to provide new treatment approaches for AMD by defining which factors need to be targeted in order to inhibit inflammation in eyes with AMD. Importantly, we are conducting our experiments in a new animal model of AMD, so that our findings will permit direct conclusions as to the role of inflammatory pathways on visual function. Our work in this novel mouse model of AMD is likely to provide the basis for direct translational opportunities to test new AMD treatments in mice and eventually in patients with AMD. 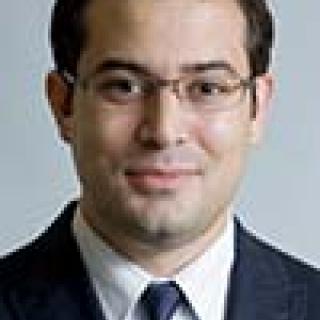