Age-related macular degeneration (AMD) is the leading cause of blindness in elderly people worldwide, and the retinal pigment epithelium (RPE) is the primary site of damage for developing AMD. Chronic inflammation and oxidative stress are recognized as important underlying factors that lead to AMD. Therefore, molecules that can reduce inflammation and/or increase resistance to harming stresses in the RPE seem to provide a new strategy against this devastating blinding disease. This study aims to evaluate the potential of such a candidate molecule for prevention and treatment of AMD.

The goal of this project is to develop new strategies for prevention and treatment of age-related macular degeneration (AMD), more specifically to test a molecule that promotes stress resistance and longevity on the survival and integrity of the RPE, a critical cell for AMD.

The reasons why we study the RPE are twofold. First, it has an essential role in supporting the function and survival of retinal photoreceptor cells, the “first responders” of vision in the eye. In addition, the RPE is thought to be a primary site of damage for developing AMD. Many epidemiological studies show that smoking, an inducer of oxidative stress, significantly increases the risk for AMD. Therefore, the first aim of this project is to analyze the effect of our candidate molecule of interest and to see whether it increases stress resistance, serving to extend the survival and integrity of the RPE under oxidative stress. First, we increase the expression of this molecule in the RPE of live mice, give an oxidative stress-inducing chemical, and analyze various characteristics of the RPE, such as morphology and expression of genes that are specific or important for the RPE. Next, we also test whether this molecule can rescue or even reverse damage caused by oxidative stress by increasing its expression in mouse RPE after giving an oxidative stress-inducing chemical to the mice.

The second aim of this project is to understand the mechanisms by which this molecule exerts its protective effect against oxidative stress, and we plan to test two possible mechanisms. First, it is reported that this molecule can repress the activity of a master regulator of inflammation that controls many genes related to inflammation and stress response. Therefore, we test this mechanism by inhibiting the master regulator of inflammation in the RPE of live mice, give an oxidative stress-inducing chemical, and analyze how similar or different the effect is on various characteristics of the RPE compared with the effect achieved by increasing expression of our candidate molecule of interest that is analyzed in the first aim. Second, it is also reported that this candidate molecule can induce more efficient stress response by stimulating the formation of so-called stress granules. Therefore, we test this second mechanism by analyzing the number and size of stress granules after increasing the expression of this molecule and then giving an oxidative stress-inducing chemical to the mice or cultured RPE cells.

We believe that this proposal is innovative and unique in several aspects. First, we made two new transgenic mice in which expression of the candidate molecule of interest or inhibition of the master regulator of inflammation can be induced by a drug specifically in the RPE. These mice are the first of this kind for the RPE and represent perfect models for this project. Second, there are no reported studies analyzing the role of the candidate molecule of interest in the RPE so far; therefore, this proposal is the first to analyze how this molecule can protect RPE cells from oxidative stress. Third, no studies have been reported with regard to stress granules in the RPE, and therefore this proposal is also the first to look into this phenomenon, which also seems to be important for protecting cells under stress because inhibition of stress granule formation results in more cell death in general. Lastly, we believe that our proposal is unique and of great value because most of the key experiments are performed with live animals (mice), not cultured cells, and therefore results from these experiments can provide more meaningful implications when interpreted and translated for their clinical relevance in the context of biology and disease of the RPE.

Because smoking that produces oxidative stress is a significant risk factor for AMD, this proposal aims to test the role of the candidate molecule of our interest in increasing stress resistance and thereby protecting RPE cells from oxidative stress. When this project is completed, we know how effective and useful this molecule is for protecting RPE cells from damage caused by oxidative stress in live animals. We expect this molecule to show great potential for such beneficial effects, and to become regarded as a promising new target for prevention and treatment of AMD. At the end of this project, assuming that results indeed look promising, we embark upon efforts to develop drugs that can increase expression of this molecule, or its activity, as well as drugs that mimic this molecule, for possible clinical use to prevent and treat oxidative stress-related diseases such as AMD. 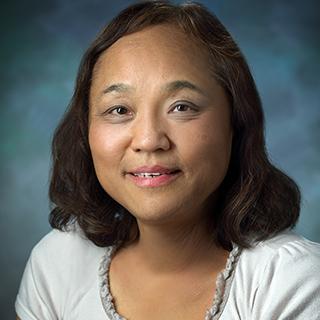