IGF1R Crosstalk To VEGF Action In AMD And Cancer

The goal of our studies is to demonstrate that Insulin-like Growth Factor (IGF-1) stimulated Vascular Endothelial Growth factor (VEGF) expression at the surface of the retinal pigment epithelial (RPE) leading to changes contributing to the delivery of VEGF to other areas of the eye. This, in turn, would be predicted to stimulate the growth of capillaries toward the RPE, and thus choroidal neovascularization (CNV), a hallmark of wet macular degeneration. Further, we will demonstrate that inhibition of IGF1, VEGFR-2 or FAK activation will reduce CNV in a mouse model.

Our laboratory is studying how dysregulation of the insulin-like growth factor (IGF) system contributes to choroidal neovascularization. Using retinal pigment epithelial (RPE) cells as a model, we have demonstrated that IGF-1 receptor (IGF1R) signaling and hypoxia (reduced oxygen tension) each regulate vascular endothelial growth factor (VEGF) production leading to loss of intercellular tight junctions. These two events accompany the changes typically observed in age-related macular degeneration (AMD). The goal of these studies is to better understand the contributions of these factors to the choroidal neovascularization (CNV) accompanying AMD. A key observation is that many of the same principles underlying the onset of AMD are also involved in mediating tumorigenic changes in cancer cells. For example, VEGF expression is elevated in both diseases and is currently being targeted by monoclonal antibodies such as bevacizumab (Avastin). Significantly, IGF-1 stimulates the expression and autocrine action of VEGF in tumor and RPE cells. The long range goal of our laboratory is to define the molecular mechanisms by which IGF1Rs regulate RPE and tumor cell function and demonstrate that targeting the IGF system would be of benefit in AMD and cancer. In that regard, we propose to test the effects of IGF-1 receptor and VEGF receptor inhibitors in reducing the progression of CNV in a mouse model of this disease. We will also test a new focal adhesion kinase (FAK) inhibitor in parallel studies, based on our findings demonstrating that FAK is activated by IGF-1 and VEGF. A common thread in signaling to enhanced tumorigenicity and the development of CNV is angiogenesis. Our studies have shown that in addition to angiogenesis, VEGF has direct effects on its cell of origin. Thus, IGF-1 induced expression of VEGF enhances cells to lose their tight junctional complexes, which secure cells to one another. In tumor cells this process is referred to as epithelial-to-mesenchymal transition. In AMD it is called RPE cell trans-differentiation. Our laboratory demonstrated the polarized secretion of VEGF by RPE cells, the polarized distribution of IGF1Rs on the basolateral vs. apical plasma membranes of these cells and the cell signaling events regulated by the IGF-1 receptor contributing to its synthesis and secretion. In cancer cells we have shown that VEGF stimulates invasive behavior and the formation of invadopodia; organelles that enable tumor epithelial cells to degrade extracellular matrix and access the lymphatic and systemic circulation. We are interested in defining the equivalent structural and functional outcomes in RPE cells in the interest of identifying new therapeutic targets for the treatment of AMD. We believe that the use of IGF-1 and VEGF receptor tyrosine kinase inhibitors represent an important new alternative for CNV therapeutics.

IGF1R Crosstalk To VEGF Action In AMD And Cancer 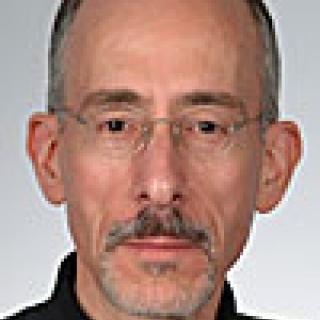