There are two types of blinding age-related macular degeneration (AMD) but treatment is only currently available for one of these. We have developed a novel statistical tool and high throughput computational model that allows us to look at all genes in our genome and identify those genes that interact with each other to cause both of these types of AMD. Using the world’s largest collection of AMD samples, drawn from multiple cohorts of 40,000 people, we will identify the important genetic interactions in each type of AMD. Using this knowledge, we will be able to better understand the disease process and develop new therapies allowing both types of blinding AMD to be treated.

This project will look at how different regions of our genetic background interact with other genetic regions and lead to AMD. This will also allow us to identify whether specific gene-gene interactions exist for each of the different types of late -stage AMD (either geographic atrophy, aka “dry AMD,” or choroidal neovascular disease, known as “wet AMD”). In the first aim, data from the international AMD Gene Consortium, of which I am a member, will be used. This is a large consortium consisting of over 40,000 patient samples with and without AMD, from over 20 different groups from around the world. Coupled with these patient resources, a new statistical tool that allows investigation of gene-gene interactions has been developed called genome wide interaction search (GWIS).  This will allow all genes in an individual AMD patient to be assessed and compared to an individual without AMD to identify particular gene-gene interactions specific to those individuals with AMD. This will be repeated across all subjects in each of the cohorts and then across all available cohorts. The power of the GWIS comes from the ability to be able to investigate large numbers of patients across multiple cohorts.

In the second aim, the GWIS will be used to identify specific gene-gene interactions that exist in either geographic atrophy or choroidal neovascular disease from patients from the international AMD Gene Consortium. This will allow identification of specific pathways that are important for each type of AMD.

The findings from this research will allow a better understanding of what causes AMD and in particular what causes either of the different late-stage disease subtypes of geographic atrophy or choroidal neovascular disease. In turn, it is envisaged that novel treatments will be developed based on these findings. 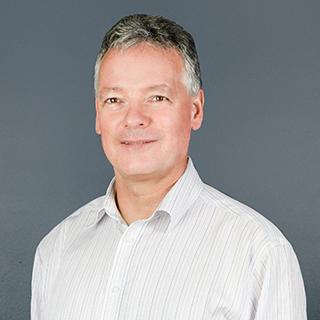