Gamma-Secretase Dysregulation And The Pathogenesis Of AMD

We predict that abnormalities in a key enzyme involved in Alzheimer's disease, gamma-secretase, render retinal pigment epithelial cells more susceptible to oxidative stress and blood retinal barrier breakdown and this contributes to the progression of age-related macular degeneration (AMD). We use in vitro (test tube) and in vivo (living) disease models to dissect the mechanisms by which gamma secretase regulates retinal pigment epithelium (RPE) function and determine how dysregulation of gamma secretase can lead to RPE dysfunction and cell death. Finally, we will use this knowledge to identify and test new therapeutic targets for the treatment of AMD.

Age-related macular degeneration (AMD) is the major cause of loss of vision in developed countries. The retinal pigment epithelium (RPE), which is located underneath the neural retina and is essential for visual function, shows progressive dysfunction in the pathogenesis of AMD. We have recently discovered that a transmembrane enzyme complex called gamma-secretase plays a critical role in maintaining normal RPE function. Based on our preliminary data we hypothesize that dysregulation of gamma-secretase in the RPE leads to loss of RPE function, increased susceptibility to oxidative stress, loss of blood retinal barrier integrity and increased cell death, all of which contribute to the causes, effects and development of AMD. To test our hypothesis we will use a combination of cell culture and animal models. First, we will identify the mechanisms by which gamma-secretase prevents oxidative damage and cell death in the RPE and determine whether this is due to a change in antioxidants or reduced endogenous formation of reactive oxygen species. Second, we will determine whether gamma-secretase dysregulation enhances transepithelial permeability either directly or indirectly through oxidative mechanisms and we will assess how this affects the integrity of the cell-cell junctions that maintain the RPE blood-retinal barrier. Third we will characterize the expression of gamma-secretase in the RPE from human and rodent AMD tissue at both the protein and gene level and we will correlate this with the progression of AMD. Finally, once we have identified the mechanisms involved, we will evaluate the pharmacological enhancement of gamma-secretase activity on halting or reducing the progression of AMD in our mouse model. The outcomes from this study will not only enhance our understanding of the development of AMD but will also identify new therapeutic targets for the treatment of AMD.

Gamma-Secretase Dysregulation And The Pathogenesis Of AMD 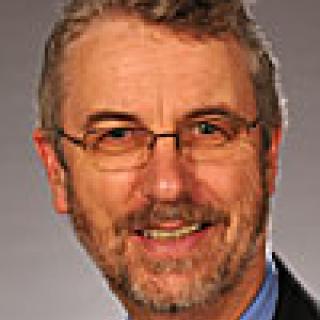