Retinal pigment epithelial (RPE) cells are damaged in age-related macular degeneration (AMD), so Dr. Wei Liu and colleagues aim to efficiently generate RPE cells from the H1 human embryonic stem cell (hESC) cultures by adding active regulatory molecules to the cell-culture medium. This program is based on the recent findings that these active regulatory molecules promote embryonic RPE development. The team plans to develop a more efficient protocol for the generation of RPE cells for a future stem cell-based strategy in treating AMD.

Dr. Wei Liu and colleagues aim to identify the regulatory molecules that promote the generation of RPE cells by using cultures of human embryonic stem cells (hESCs) or human-induced pluripotent stem cells (hiPSCs). Liu plans to use the H1 hESC line, which is among the most extensively studied and characterized.

AMD is characterized by progressive dysfunction and degeneration of the aging RPE and photoreceptor (light-detecting) cells in the macular region, leading to impairment and loss of central, high-acuity vision. RPE cells closely interact with photoreceptors and are crucial for photoreceptor functions and survival. While anti-VEGF eye injection treatments have been developed for wet AMD, no effective treatment is available for dry AMD.

Stem cell-based strategies in treating and modeling of AMD are emerging as a new frontier in this field. The current protocols for the generation of RPE cells in hESC or hiPSC cultures are still inefficient. More efficient generation of RPE cells from either hESCs or iPSCs cultures are needed to advance the potential clinical applications of current stem cell-based research.

Liu has recently identified the key pathways that regulate embryonic RPE development; manipulating these pathways could help improve the efficiency of RPE cell production in hESC- or hiPSC-derived cultures. The novelty of this project is to determine the roles of these regulatory molecules in stimulating hESC or hiPSC to change into RPE cells, which has not been evaluated before. This project helps to bring the field closer to a potential stem cell-based strategy for treatment of AMD, in which RPE cells are impaired and degenerated. 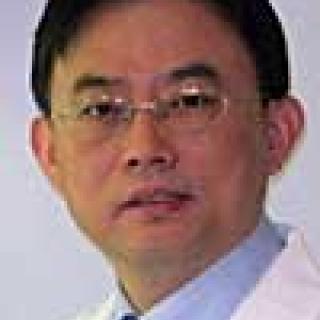