Dysregulation of the Acetylome in Age-Related Macular Degeneration

We are just beginning to gain scientific insight into the power of epigenetic modifications on genome-wide transcription. In this project, we plan to study a highly significant role for histone deacetylase function in retinal pigment epithelial cell gene expression profiles and cell death in dry age-related macular degeneration (AMD). These data will provide important molecular insights to enhance our knowledge of the complex intersection of aging biology, epigenetics and inflammation.

We are just beginning to gain scientific insight into the power of epigenetic modifications on inflammatory gene expression that occurs during biologic aging. The goal of this project is to utilize CRISPR/Cas9 gene editing to study epigenetic signatures in experimental models of age-related macular degeneration (AMD).

In the first year of the award, I will rigorously evaluate CRISPR/Cas9 related cytotoxicity and immune activation in the retinal pigment epithelium (RPE) in experimental models. These safety and off-target data are critical to the future use of the CRISPR/Cas9 system in additional studies targeting epigenetic pathways and for the translation of this powerful gene-editing technology to the treatment of retinal degenerative diseases.

Histone deacetylases (HDAC) are a critical family of enzymes which are dysregulated in the RPE in AMD.  In the second year of the award, I will apply CRISPR/Cas9 gene-editing techniques to develop experimental models of HDAC deficiency in the RPE. The effects of HDAC deficiency on cellular viability, regulation of inflammatory gene expression, and specific signatures of acetyl-histone marks will be studied to provide the ground-work for improving our understanding of this epigenetic pathway in the RPE.

Epigenetic derangements have been implicated as important pathobiologic mechanisms in numerous age-related diseases. Still, there is extremely limited knowledge about the role of histone acetylation during AMD. I have recently discovered that enzymatic components that regulate the acetylome are altered in AMD, and that there is increased acetylation in the aging RPE. The proposed research will provide critical novel insights into the dysregulation of this cellular pathway, and its effects on inflammatory gene expression and degeneration in the aging retina utilizing CRISPR/Cas9 gene-editing technology.

Currently, there is no effective treatment for the prevention, reversal or stabilization of dry AMD. While there have been tremendous scientific advancements to elucidate the pathogenesis of this blinding disease, there has been no translation of a targeted therapeutic that arrests RPE cell death. I have discovered that imbalances in the acetylome in the RPE induce an inflammatory gene expression profile similar to AMD, and resulted in RPE cell death and atrophy. Given the upstream location of this pathway, it would be highly suitable to use the results to pharmacologically target and rebalance gene expression to reduce inflammation and prevent AMD progression.

Dysregulation of the Acetylome in Age-Related Macular Degeneration 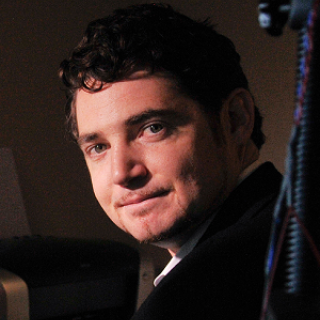