This research focuses on the discovery of potential therapeutics for age-related macular degeneration (AMD), by targeting the complement system, a part of the immune system implicated in the development of AMD. The project involves synergy between computational screening (uses computer-assisted calculations) of chemical compounds that have the potential to serve as future therapeutics, and experimental testing, using a human retinal cell-based model.

The objective of this proposal is to discover chemical compounds that have the potential to serve as therapeutics for the treatment of age-related macular degeneration (AMD). The chemical compounds target the activation of the complement system, which is part of the innate immune system (the first line of defense against infection), and has been implicated in the progression of AMD through studies of histopathology (changes to tissues caused by disease) and genetics (inherited differences in DNA predisposing to disease). The work is collaborative between the research groups of Dr. Dimitrios Morikis (University of California, Riverside) and Dr. Monte Radeke (University of California, Santa Barbara). Drs. Morikis and Radeke use knowledge from their previous and ongoing work on the discovery of peptidic (small protein-like) inhibitors of the complement system.

In particular, Dr. Morikis employs ligand-based and receptor-based computational approaches to identify low-molecular mass chemical compounds that are capable of inhibiting the complement system. Chemical compounds with computationally-predicted activities, are tested using biochemical and functional assays. Promising compounds according to these assays are further tested by Dr. Radeke in a novel human retinal pigmented epithelial (RPE) cell-based assay that mimics several aspects of AMD pathology in vitro (at the laboratory bench). Repeated computational and experimental optimization is performed for the most promising inhibitors identified in the RPE assays. This is an integrative computational and experimental approach tailored to the development of a new class of complement inhibitors aiming to treat AMD.

The project involves cross-disciplinary synergy between computation and experiment, bringing together drug design and modeling, virtual screening (a powerful computer technique that narrows down the pool of candidates), and biochemical, functional, and cell-based assays. The team’s approach has been successfully tested in the development of potent peptidic inhibitors of the complement system, but in this study they aim to alleviate peptide-specific issues related to delivery and bioavailability. Drs. Morikis and Radeke expect that this integrated computational and experimental approach will become a paradigm for macular disease drug discovery. 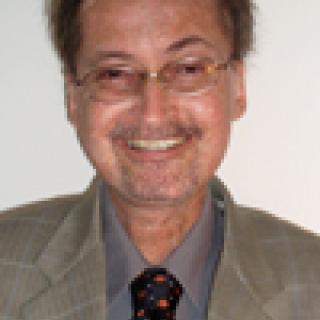