Determine the Existence and Sequence of ARMS2 Protein

The gene called ARMS2 is strongly associated with the risk of developing age-related macular degeneration (AMD). The existence and the sequence (i.e. “spelling”) of an ARMS2 protein has not yet been proven experimentally. Drs. Gaofeng Wang, Sander Dubovy, and colleagues plan to prove the existence or non-existence of ARMS2 protein in human retina tissues.

The goal of this project is to determine the existence and the sequence of the different forms of the ARMS2 protein that may be found in human retinas.

There is an ongoing debate about whether ARMS2 is a protein-coding gene. Drs. Gaofeng Wang, Sander Dubovy, and colleagues recently identified a novel ARMS2 transcript splice variant (a message sent by the gene asking the cell’s machinery to make protein), which predicts a novel ARMS2 protein isoform. These researchers are enriching and collecting ARMS2 protein from an in vitro translation system (make the protein in a test tube) and from donor eye tissues. The recovered, intact ARMS2 protein are being analyzed by a special protein cataloging and sequencing technique (called a mass spectrometry–based proteomics approach).

The ARMS2 gene represents one of the two strongest genetic associations in AMD. However, it remains largely unknown how the ARMS2 gene biologically contributes to the disease. While ARMS2 transcripts have been found in human retinas, the existence of ARMS2 protein is under debate.

When this study is completed, Wang intends to have proven the existence, and determined the sequences, of the various forms of the ARMS2 protein. The different ARMS2 proteins could play distinct roles in the health of the retina or in the development of AMD. These results could further advance our understanding of the genetic risks associated with AMD.

Determine the Existence and Sequence of ARMS2 Protein 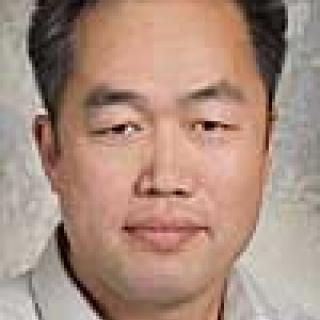