Age-related macular degeneration (AMD) is characterized by the presence of drusen, abnormal extracellular deposits composed of protein and lipids that accumulate between the RPE and choroid, the layer of blood vessels providing oxygen and nutrients to the RPE. Our goal is to understand the factors contributing to the formation of drusen deposits, in order to develop a strategy to eliminate them and preserve vision in AMD patients.

Extracellular deposits that accumulate within the RPE/choroid interface, such as drusen and basal laminar and linear deposits, are central to the pathogenesis and severity of AMD. These deposits may block the transport of oxygen and nutrients to the RPE and photoreceptor cells, causing vision loss.The main objective of our research project is to understand the cellular and molecular mechanisms that contribute to the formation of drusen deposits in dry AMD, in order to develop therapeutic approaches for this disorder and prevent vision loss. However, AMD is a complex disorder caused by an interplay of many environmental and genetic risk factors. In contrast, a disease known as late-onset retinal degeneration has a well understood genetic cause, and shares several key features with AMD, including the presence of characteristic drusen-like deposits similar to those found in patients with AMD. L-ORD is caused by the S163R mutation in complement C1QTNF5 protein, which is highly expressed in the RPE. To date, the biological function of C1QTNF5 in the RPE is unknown. We have previously shown that overexpression of mutant S163R C1QTNF5 protein in murine RPE leads to the formation of thick, extracellular RPE basal deposits and regions of RPE atrophy. Therefore, our specific aims are centered on understanding the roles of C1QTNF5 protein in the eye, the identification of its binding partners, and the factors contributing to the formation of RPE extracellular deposits. This will allow us to also understand the mechanisms contributing to the RPE dysfunction and the biogenesis of the more complex drusen deposits in AMD patients. 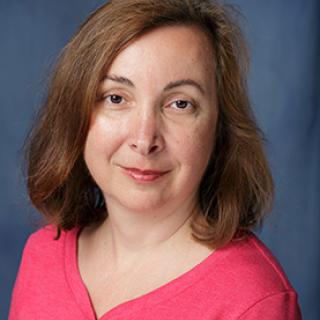