Within a couple short days, BrightFocus’ leadership of vision science, and its support of bold, innovative research into glaucoma and macular degeneration, will be showcased on a world stage.

ARVO 2018, the annual spring meeting of Association for Research into Vison and Ophthalmology, brings together the world’s top scientists. Its members include nearly 12,000 vision scientists from more than 75 countries.

Among that group, BrightFocus is emerging as a major nonprofit funder through its Macular Degeneration Research (MDR) and National Glaucoma Research (NGR) programs, funding programs that span international borders and scientific disciplines. BrightFocus grants are known for taking early and bold risks on the untried, unexpected, and most promising scientific paths to treatments and cures.

ARVO highlights some of the leading vision research in the world, and this year, more than 80 peer-reviewed abstracts—each representing a podium talk or a poster session—carry BrightFocus’ name as a funder through MDR or NGR.

[BrightFocus grants supporting research into macular degeneration, glaucoma, and Alzheimer’s disease, are available worldwide. To learn more, click here, or visit ARVO Booth #1033. You can also call 1-800-437-2423 or send an email to info at BrightFocus.org.]

Do Your Eyes Need a New Lifestyle? 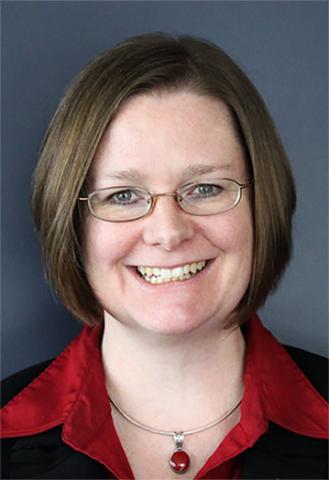 Diane Bovenkamp, PhD
As lifespans increase, exercise and targeted nutrients may be a way to increase blood flow and nourish our eyes, extending their vitality. However, many of the studies that have evaluated these lifestyle changes have different designs and conclusions, and sorting through the evidence can be difficult.

That’s why Diane Bovenkamp, PhD, who is vice president of Scientific Affairs at BrightFocus, organized a “first” at this year’s ARVO, a two-hour symposium devoted to the evidence behind lifestyle interventions for both AMD and glaucoma. It will focus mainly on benefits of exercise, nutrition, and dietary supplements, reviewing the studies and what their results say about the benefits for each.

Experts will include Emily Chew, MD, of the National Eye Institute, a leader of the landmark federal Age-Related Eye Disease Studies (AREDS I and II) which led to the “eye vitamin” regimen prescribed in early-to-moderate AMD; and Ian Trounce, PhD, of the Centre for Eye Research and University of Melbourne  in Melbourne, Australia, a past NGR grantee who has focused his career on understanding what makes older eyes vulnerable to glaucoma.

Bovenkamp will give an introductory talk and help moderate the session, along with Adriana Di Polo, PhD, of the University of Montreal, who’s a member of the NGR Scientific Review Committee, and David Calkins, PhD, a past NGR grantee who’s on the faculty at the Vanderbilt University Medical Center.

“It’s hopeful to think that we can take steps to reduce the burden of AMD and glaucoma,” Bovenkamp said. “The point of the symposium will be to shed a hard light on the evidence, and to inform future actions and research in these areas.”

Neuronal Health in AMD and Glaucoma: Lifestyle-based Therapies to Live Long and Prosper will take place on Thursday, May 3.

What Makes a Hot Topic?

The ARVO Scientific Program Committee pays special attention to research that reveals a promising new direction or an emerging trend.  These are designated as Hot Topics, and of thousands of abstracts submitted, just a fraction—3 to 5 percent—are selected.

This year, three BrightFocus-funded presentations, in particular, stood out as Hot Topics. 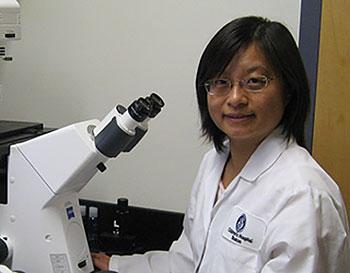 Jing Chen, PhD
At Boston Children’s Hospital and Harvard University, Jing Chen, PhD, studies molecular signaling linked to the overgrowth of fragile, leaky blood vessels near the retina, and the start of wet AMD. She’s a 2017-19 and a past 2013-15 MDR grantee.  Her research explores how lipid metabolism, inflammation, and immune activation contribute to an unhealthy cell environment near the retina.

Once this happens, microRNAs (miRNA), or small strands of noncoding genetic material that can modify and regulate gene activity in and around the cell, may signal new vessel growth as part of a misguided  “rescue” effort. While multiple miRNAs may be involved , and multiple miRNAs are being studied, Chen has locked in on one in particular, miRNA-145, that’s increased in experimental wet AMD models. She believes inhibiting miRNA-145 might work as a therapy against wet AMD (ARVO Abstract No. 762).

Neurons each have a single long fiber, called an axon, extending from their cell bodies. These axons are bundled together in the optic nerve, and then extend into the brain, carrying light signals that produce vision. For some time, scientists have postulated that microtubule structures (MTs) in the outer shell of axons, which normally transport nutrients and other substances in and out, may be disrupted in early glaucoma, and that the resulting “starvation” leads to cell death and vision loss. 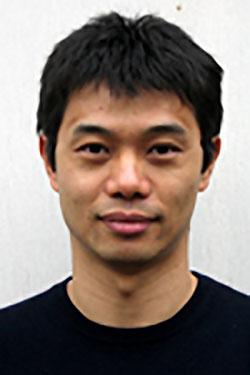 Donald Zack, MD, PhD, of Wilmer Eye Institute, Johns Hopkins University, is a guru in the field of gene manipulation and was responsible for a major advance to CRISPR gene editing techniques that made them exponentially more useful (more details). He’s held grants from both NGR and MDR and has collaborated on numerous BrightFocus-funded projects.

Lately, his lab has been involved in mapping the complete genetic profile of retinal ganglion cells derived from human stem cells of people with an inherited vision disease known as dominant optic atrophy (DOA). Because these cells are human-derived, they offer new and possibly more accurate information into RGC degeneration and death under mutant and normal conditions, and also lend insights into strategies for regenerating RGCs. (ARVO Abstract No. 1988)

BrightFocus has provided funding for four ARVO Foundation Travel Grants, making it possible for four young investigators to attend ARVO 2018.  It’s ARVO policy that these recipients not be publicly named, but they have written BrightFocus to express appreciation for the opportunity to attend ARVO and present their work.

Providing support in this way is a great way to encourage young vision researchers early in their careers. A win for ARVO and a win for BrightFocus! 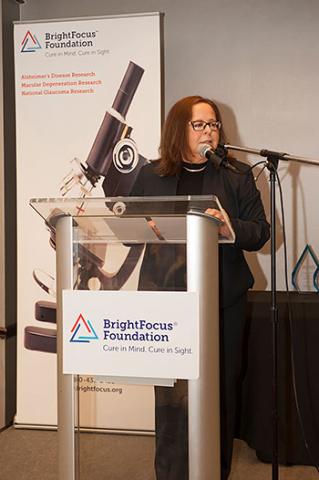 BrightFocus President and CEO Stacy Haller at last year’s ARVO Breakfast
A yearly ARVO tradition is the BrightFocus ARVO Breakfast, a networking event that brings together current and past MDR and NGR grantees. It’s also an opportunity to announce our newest class of 2018 MDR and NGR grantees, 30 in all, representing a $4.2 investment from BrightFocus and its donors.  The six individuals receiving prestigious named awards, ie, grants named in honor of vision science leaders, will be honored in person at the breakfast.

Also at ARVO 2018, BrightFocus President and CEO Stacy Haller will present the 2018 Helen Keller Prize for Vision Research, a prize sponsored by BrightFocus and selected by an awards committee at the Helen Keller Foundation for Research and Education. Created in Keller’s memory, that family foundation seeks to prevent blindness and deafness through support for research and education, causes its namesake worked tirelessly to achieve.

Now considered by many to be the ‘Nobel prize’ of vision science, the Keller prize encourages collaboration across scientific disciplines. This kind of teamwork, with scientists the world over sharing their success, will lead to “game-changing breakthroughs” against vision disease, in the words of BrightFocus President and CEO Stacy Haller.

Past Keller laureates have included Gerrit Melles, MD, PhD (2017), a cornea specialist from Rotterdam, the Netherlands, who invented a new procedure that revolutionized corneal transplant surgery; Dean Bok, PhD (2016), on the research faculty at UCLA, who made groundbreaking discoveries about photoreceptor outer segment renewal and vitamin A (retinol) processing in the retina; Gordon Legge, PhD, and Robert Massof, PhD, of the University of Minnesota and the Johns Hopkins’ Wilmer Eye Institute, respectively, who have done pioneering work in low vision research and rehabilitation (2015 joint award); and Emily Chew, MD (2014), of the National Eye Institute, a leader of the federal Age-Related Eye Disease Studies (AREDS) that heralded a regimen of specific “eye vitamins” for macular degeneration. For additional winners, click here. 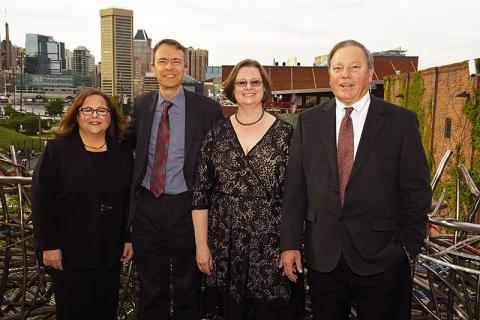 The 2018 Keller laureate(s) will be announced at a dinner on May 4.