The proposed study investigates the mechanism by which oxidized lipids up-regulate the expression of Beta-secretase, which is a key enzyme in the generation of amyloid-beta from amyloid precursor protein (APP). Amyloid beta is the key molecule in the development of Alzheimer’s disease (AD) in both test-tube and living systems. The success of the proposed study will provide novel insight into the roles of oxidized lipids, the major vascular risk factors, in the development of amyloidogenesis as well as their direct neurotoxicities. The information may lead to the identification of novel therapeutic targets for preventing and curing oxidative stress-induced neurodegenerative diseases.

Alzheimer’s disease (AD) is the most common form of dementia, and an estimated 5 million Americans are suffering from this disease. Alzheimer's destroys brain cells, resulting in the loss of memory and intellectual abilities though there is currently not a cure for this fatal disease, the hard work of many scientists has identified many genetic and environmental factors that may contribute to the development of this disease. Evidence supports the hypothesis that accumulation of the peptide amyloid-beta in the brain is an early and critical event in AD. The accumulation of amyloid-beta initiates a series of neurotoxic events, which result in brain dysfunction and death. Thus, the production, accumulation, and clearance of amyloid-beta in the brain are potential targets for approaches to treat AD. Recent progress in AD studies suggests that oxidized low density lipoprotein (oxLDL, known as “bad cholesterol”) may play a role in brain cell death in AD. Scientists have suggested that oxLDL may contribute to AD by altering amyloid-beta production, but the way in which oxLDL affects AD at the molecular level is still unclear. We found that three major components of oxLDL (lysophosphatidic acid [LPA], 4-Hydroxynonenal [HNE], and lysophosphatidylcholine [lysoPC]) can increase amyloid-beta production. Our new finding opens a new avenue of investigation into the ways oxLDL contributes to the development of AD. We hypothesize that one of the ways oxLDL contributes to AD is by regulating the expression of an enzyme known as beta-secretase, one of the two key secretases involved in amyloid-beta creation. This study is to determine how LPA, HNE and lysoPC, the prominent components of oxLDL, regulate beta-secretase and amyloid-beta production molecularly in both isolated cells and in living mice. The knowledge obtained from the proposed study may lead to the identification of new therapeutic target(s) for the treatment and prevention of AD. Specific Aims: 1. Determine the functional roles of LPA, HNE, and lysoPC in beta-secretase expression and amyloid-beta production using cells. 2: Determine the effects of LPA, HNE, and lysoPC on the development of AD using mouse models. 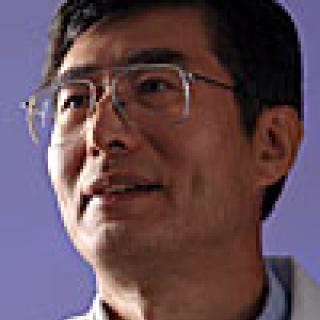