The overall goal of this study is to investigate the contribution of arterial wall functions (AWF, the flexibility of the vasculature in the brain and in the periphery) to cognitive function in individuals with type 2 diabetes, who are at particularly high risk of developing dementia.

Our first aim is to examine the relationships of AWF with cognitive functions. AWF will be measured in three different modalities: cerebrovascular reactivity, carotid elasticity, and peripheral endothelial function. Cognitive function will include specific cognitive domains, namely memory, attention, language, and executive functions, as well as a score that reflects overall cognitive function.

The public health impact of this investigation is expected to accelerate as the proportion of elderly increases to an alarming prevalence of 28 percent for diabetes and 16 percent for Alzheimer's Disease by 2050, in those above the age of 65. Finding modifiable mechanisms that underlie the relationships between diabetes and dementia is crucial to slowing this epidemic. This study employs an already established infrastructure, the Israel Diabetes and Cognitive Decline (IDCD) study, a sample of 1,200 subjects who are followed for cognitive decline and dementia. Participants are recruited from the Diabetes Registry of the Maccabi Health Services (MHS)—the second largest HMO in Israel, covering 2 million residents. This Diabetes Registry provides the study with detailed information on diabetes characteristics for over 15 years including all laboratory measurements, diabetes-related complications, medical comorbidities and prescribed medications since 1998.

The present study innovates by examining AWF both in the brain and in the periphery, enabling a comprehensive understanding of the role of vascular functioning in diabetes-related cognitive impairment in an exquisitely well-characterized cohort. Importantly, in contrast to vascular structure, vascular function—which is modifiable and thus amenable to interventions—has been rarely studied in the context of dementia. Thus, results from this study may open prospects for development of interventions against diabetes-related cognitive decline, Alzheimer’s disease, and dementia. 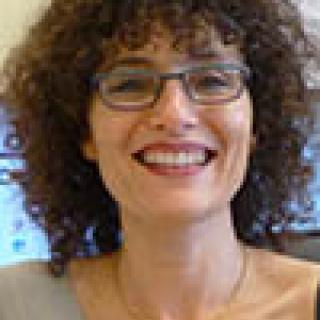