The goal of this project is to investigate the cerebrovascular link between traumatic brain injury (TBI) and Alzheimer’s disease, and mechanistically understand the vascular contribution to elevated risks for Alzheimer’s disease in preclinical models of TBI.

By understanding the vascular impairment as a direct consequence of TBI, and its negative impact on the amyloid metabolism in the brain, as well as long-term cognitive changes in animals, we hope to build a research resource to bridge the knowledge gap between TBI and Alzheimer’s disease. The outcomes of the proposed studies will provide new insights into the true trigger of Alzheimer’s cascade by TBI, and identify a novel target based on blood-brain barrier and vascular dysfunctions for prognosis detection and potentially intervention of Alzheimer’s pathogenesis in TBI survivors in the future. 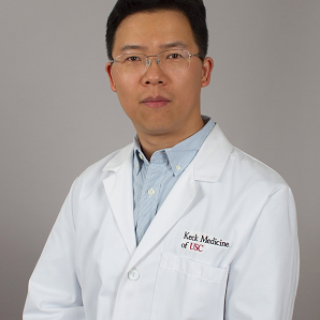