Tau is one of the two major proteins (along with beta amyloid) that changes and then builds up in the brain in Alzheimer’s disease (AD) and how it is linked to brain cell death is still unclear. I keep small sections of mouse brain tissue alive in dishes and use viruses to make them develop the buildup of tau that is seen in AD patients. First, I will look at changes in these mouse brain tissues that have tau buildup, and those that do not, to see why or if brain cells die. I then hope to treat these brain tissues to either prevent or treat the buildup of tau in order to understand if we are able to treat humans with AD in a similar way.

Tau (along with beta amyloid) is one of the two major proteins that changes and then builds up in the brain in Alzheimer’s disease (AD). How tau causes brain cells to die is still unclear. Until now, we have been limited by the models available to efficiently and rapidly develop new treatments targeted against tau and the associated failure of brain cells to perform their normal functions.

We have developed new study methods using mouse brain slices, which can be kept alive for several months at a time, and viruses to express genes linked to the buildup of tau in AD in these slices. The buildup of tau in the brain slices is similar to what is seen in human AD. Using these methods, I will first look at changes in these mouse brain slices that have tau buildup, and those that do not, to see how brain cells develop functional problems and die. I will use genetic, biochemical, and imaging approaches to answer this question.

I will then secondly confirm whether these brain slices that accumulate tau are suitable for screening for new treatments against the buildup of tau and the damage it causes. I will do this by using both genetic targets and small molecule compounds to see if the course of disease can be altered.

These experiments are innovative because the system we are using will accelerate research in the field by answering fundamental questions about how tau results in neurodegeneration. The proposed experiments would have been a heroic undertaking in the previous models available, but with our novel methods, the research planned is sustainable in the timescale.

This planned research should shed light on how tau is linked to the death of brain cells and the disruption of their normal function. This could potentially lead to new targets to prevent or treat this aspect of AD. In addition, the experiments planned will determine whether our system can be used to screen efficiently and effectively for new treatments accelerating the current drug development pipeline. Overall, this is exciting work which should advance our understanding of AD. 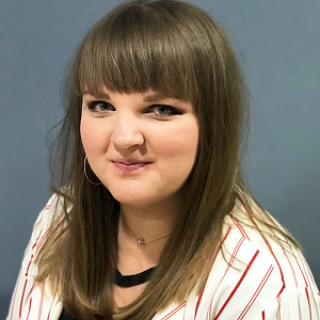