An immune molecule known as triggering receptor expressed on myeloid cells 2, or TREM2, is a protein that plays a major role in helping the brain to cleanse itself of toxic substances that contribute to Alzheimer’s disease (AD) and related disorders. Defects in this protein make it unable to carry out its job in the brain, leading to the accumulation of toxic hazards. The goal of our work is to take a molecular snapshot of the TREM2 molecule (a picture is worth a thousand words) and to examine how it interacts with toxic molecules in the brain. We expect this work to provide information needed to design potential AD treatments that are based on helping TREM2 do its job.

We seek to unravel the role that the TREM2 protein plays in helping to prevent AD and to provide a better understanding of what exactly goes wrong, contributing to AD, when this protein no longer can do its job.

The TREM2 protein plays a role in the immune system of the brain and seems to assist in clearing the brain of toxic entities, including excessive and misshapen forms of two amyloid proteins that may promote AD, amyloid beta (Aβ) and tau. Inherited defects in TREM2 appear to increase patient risk not only for AD, but also for Parkinson’s disease and amyloid lateral sclerosis (ALS, also known as Lou Gehrig’s disease). Thus, TREM2 appears be on a central pathway in the brain that, when all goes well, helps to prevent or delay the onset of multiple neurodegenerative diseases.

The aims of this project are:

Aim 1. Purify TREM2 and take a high resolution snapshot of this protein. To understand how TREM2 works normally under healthy conditions, or fails to work under disease conditions, we need to know what the molecule looks like. Because protein molecules are so very small, taking such a picture requires us to use state-of-the-art molecular imaging methods.  We will take pictures of both the healthy form of TREM2 and of a defective form known to be associated with AD.

Aim 2.  Determine what molecules TREM2 binds to. TREM2 may perform its AD-preventative function, in part, by recognizing and directly latching onto toxic molecules in the brain. We will use purified TREM2 and test whether it, in fact, can latch onto (think Velcro-type adhesion) prime suspect molecules, such as various forms of the Aβ polypeptide that many believe underlies the development of AD.

Aim 3.  Examine the interactions of TREM2 with the death-associated protein 12 (DAP12). TREM2 has a protein partner that helps it carry out its role in maintaining a healthy brain: the DAP12 protein.  It is thought that when TREM2 latches onto a potentially toxic molecule in the brain, DAP12 senses this and is thereby prompted to signal to host brain cells that it needs to respond in a ways that promote a healthy brain, which may include programmed cell death.  Just as for TREM2, we wish to take a high resolution snapshot of DAP12 and examine in detail how it senses binding of toxic molecules by TREM2.

Completing these aims will advance our understanding of what exactly TREM2 does to help prevent Alzheimer’s and how TREM2 and its DAP12 partner work to accomplish this.  Such information will provide the basis for developing strategies for preventing or even treating AD and other neurodegenerative diseases based on supporting or even enhancing the TREM2/DAP12 system. 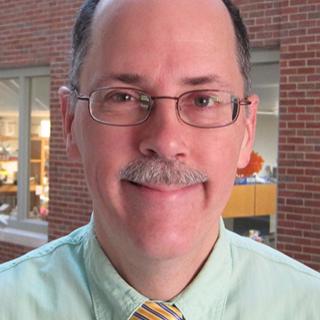