Dr. Soong Ho Kim and colleagues are testing a drug candidate that may potentially reduce brain levels of amyloid beta protein, which has been shown to be toxic to brain cells. This drug has also been shown to enhance brain function, act as an anti-depressant and anti-anxiety medication, and have the potential to encourage the brain to replace damaged cells involved in learning and memory.

In the brain, nerve cells are connected and communicate via tiny spines on the cells called synapses. When something is learned or memorized, connections in synapses are reinforced or weakened, leading to modulation of the brain's circuitry. Little is known about mechanisms of maintaining healthy synapse connections, though we know that synapses are crucial for normal brain function. Recent studies have suggested that dysfunction of synapses may occur first, even before neuronal cells start to die, in the major brain-destroying disease known as Alzheimer's dementia. To maintain synapse connections and activities in the brain, nerve cells are known to generate and release various kinds of proteins from synapses.

The research team is studying amyloid beta, an abnormal accumulation of which is suspected to be poisonous to nerve cells and believed to cause some forms of Alzheimer's disease. Many signaling molecules are received at the cell by a “receptor protein.” Dr. Soong Ho Kim and colleagues have found that stimulation of one type of receptor is linked to generation and release of the amyloid beta peptide from the synapse. In this study, the researchers are chronically suppressing this stimulation in mouse brains by giving a specific drug, and then observing whether it can lower the level of the amyloid beta oligomers, the most poisonous forms of the amyloid beta peptide. They will also examine whether the drug can enhance brain function, act as an anti-depressant and anti-anxiety medication, and/or help the brain to replace damaged cells involved in learning and memory. Currently there is no compound or approach that can potentially achieve such multiple benefits in Alzheimer's disease. The compound the researchers have been testing is safe in humans and, if these experiments are successful, would be a strong candidate for a study in clinical trials of geriatric populations. 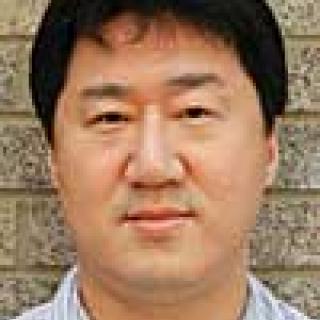