The age of onset and severity of Alzheimer’s disease (AD) is subject to extreme variation across the human population. Despite millions of dollars and decades of research, over 70 percent of this variation remains unexplained. This proposal seeks to identify genes that modify the onset and severity of AD in a well-characterized, genetically diverse mouse population. Subsequent gene therapy will be used to validate identified genes and rescue/treat memory failure in a mouse model of AD. Results of this research will make a significant contribution to the understanding of the genetics of AD and have the immense potential to translate into individualized therapies for aging humans.

Note: This grant was originally awarded to the The University of Tennessee Health Science Center in Memphis, Tennessee and transferred to The Jackson Laboratory in Bar Harbor, Maine on October 3, 2016.

The main goal of our project is to identify new genes that may modify the age at which a person will develop symptoms of Alzheimer's disease (AD), termed “age-at-onset.” Another goal is to establish how these modifier genes influence brain cell networks necessary for proper memory function, which may point to new therapeutic targets to delay or even prevent AD’s onset.

The success rate of treatments for AD, based on evidence from animal studies, is dreadful (an approximate 99 percent failure rate). Clearly there are major roadblocks standing in the way of our ability to translate basic scientific discoveries to improve human health. Two major reasons proposed for the high failure rate of AD drugs include: 1) a narrow understanding of the genetic complexity of human AD, and 2) reliance on genetically engineered mouse models (GEMMs) created on one or a few inbred backgrounds that don’t reflect genetic diversity of mouse, let alone human, populations. Together, these limitations have hindered development of models representative of the human disease. Our biomedical research community desperately needs the next generation of murine resources to better model genetically admixed human populations and human disease, a major priority area identified by the National Institute on Aging (NIA) and National Institutes of Health (NIH). A major innovation here is that we will introduce and exploit genetic variation in a mouse model of AD to identify new genetic factors and mechanisms involved in the onset and progression of AD symptoms, and test their relevance in human disease.

Identification of modifier genes and their downstream targets, which has proven challenging in human studies, is a critical step toward the development of both mechanistic-based treatments and personalized therapeutics that would maintain cognitive function in humans. The identification of genetic variants and/or downstream changes in hippocampal and prefrontal cortex functional connectivity also has the tremendous potential to provide biomarkers for earlier detection and more effective treatment in humans. 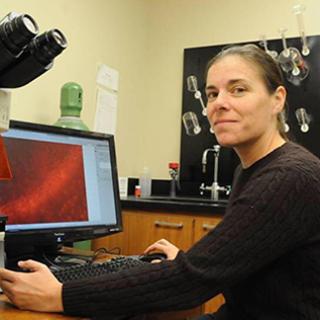