SUMOylation in Alzheimer's Disease and Dementia

Protein aggregation and deposition in the brain is a striking feature of several neurodegenerative disorders. This is particularly relevant to Alzheimer’s disease (AD), in which the abnormal increase of the protein tau and its aggregation are crucial steps in the chain of events leading to dementia. However, how cells modulate aggregation of these proteins is not clear. The goal of our project is therefore to define the molecular pathways involved in the aggregation of tau.

To carry out the proposed project, I combine molecular biological and in vivo techniques. In aim1, I analyze the brain tissue of AD transgenic mice to define whether tau is post-translational modified. The analysis is carried out using mice at different ages, to determine how tau changes with the progression of the disorder. In aim2 and aim3, I better define the findings of aim1. Specifically, I study how the post-translational modifications of tau affect its biochemical properties and I define their contribution to the progression of AD. To accomplish this, I use a viral-based approach to inhibit the modifications of tau followed by in vitro and in vivo analysis.

The originality of our project stems from the focus of our analysis on still understudied post-translational modifications of tau. These modifications have already been described in patient-derived specimens but still lack a clear definition of their role in the pathology.

While the connection between tau toxicity, aggregation and neurodegeneration is widely accepted, it is still unclear how tau transitions from being soluble to being aggregated and pathogenic. Our aim is to define the molecular mechanism that may regulate this transition. Our project, therefore, has the potential to suggest novel pharmacological targets to reduce tau toxicity and therefore slow down or even arrest the progression of AD.

SUMOylation in Alzheimer's Disease and Dementia 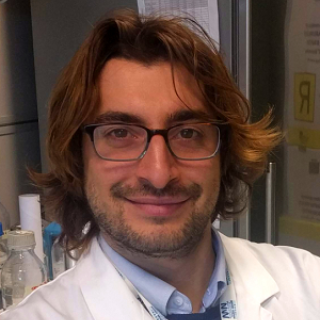