Alzheimer's disease and related neurodegenerative disease are devastating diseases that affect millions of people each year and have enormous societal costs. The pathology of many of these diseases involves the formation of insoluble protein aggregates, although whether these aggregates are the cause or result of disease is unknown. TDP-43, and the related protein FUS, are found aggregated in several neurodegenerative diseases. Understanding the biology behind their pathology may point to new treatment strategies.

The goal of these experiments is to understand how certain structures within the cell, called stress granules, contribute to several neurodegenerative diseases.

To study this, the researchers will first disturb these structures in a yeast model and ask how this affects the toxicity caused by accumulation of neurodegenerative disease proteins.  Yeast is a simple experimental system often used in studies of cell biology.  By capitalizing on a tremendous understanding of their genetics, and their (relatively) simple single-celled life cycle, previous yeast studies have lead to powerful advances in many areas of human biology.

The second part of this research study asks if stress granule components are improperly localized in human neurodegenerative disease samples, which would suggest that they play a role in human disease.

Finally, the experiments aim to identify previously unknown components of stress granules by screening many thousands of genes. Identifying new stress granule components will allow the new genes to be tested for involvement in the disease.

Apart from the focus on stress granules and their recent implication in neurodegeneration, this proposal is distinct from others in the field, in its leverage of the yeast model system's power and speed. Rather than limit the findings to yeast, this proposal also provides for experiments specifically designed to translate findings from yeast to human biology.  Finally, the scientists plan to introduce an innovative screening technique, which could easily be adapted to study many other disease situations and could be a very powerful research tool.

The foreseeable benefits to the general public are two-fold.  First, this work has the potential to identify new disease genes, which would be of immeasurable benefit to treating and studying neurodegenerative diseases.  Second, understanding how stress granules contribute to disease will hopefully point to new treatment strategies and avenues for research in Alzheimer's disease, as well as other human disorders. 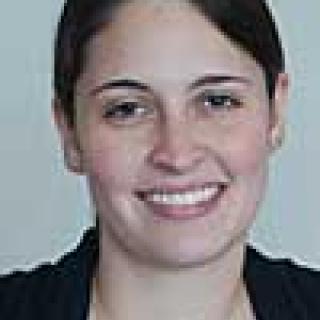